Scheduling of an iRules for specific time

i need help to schedule the irules (2 irules) for specific time.

Thanks for your help. 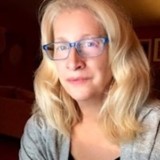 The only way I can think of to actually control the timing from within the iRule is for it to check the current time (clock) at every HTTP_REQUEST event, then exit the iRule (return) if the current time is not within the desired window. That seems like a lot of unnecessary overhead though since, more often than not, the event is triggered at a point that is not within one of those scheduled time periods, but still has to go through the motions of checking the time.

As an aside, you can do what your iRules do with a local traffic policy, which is more efficient. Your automated script can assign and remove the policy as easily as it can the iRule.