Getting Started with Bigsuds–a New Python Library for iControl

I imagine the progression for you, the reader, will be something like this in the first six- or seven-hundred milliseconds after reading the title: Oh cool! Wait, what? Don’t we already have like two libraries for python? Really, a third library for python? Yes. An emphatic yes. The first iteration of pycontrol (pc1) was based on the zsi library, which hasn’t been updated in years and was abandoned with the development of the second iteration, pycontrol v2 (pc2), which switched to the active and well-maintained suds library. Bigsuds, like pycontrol v2, is also based on the suds library. So why bigsuds? There are several advantages to using the bigsuds library.

In pycontrol v2, any iControl interface you wish to work with must be specified when you instantiate the BIG-IP, as well as specifying the local directory or loading from URL for the WSDLs. In bigsuds, just specify the host, username, and password (username and password optional if using test box defaults of admin/admin) and you’re good to go. Currently in pycontrol v2:

No need to define the typefactory for write operations.

This was the most challenging aspect of pycontrol v2 for me personally. I would get them correct sometimes. Often I’d bang my head against the wall wondering what little thing I missed to prevent success. The cool thing with bigsuds is you are just passing lists for sequences and lists of dictionaries for structures. No object creation necessary before making the iControl calls. It’s a thing of beauty.

In contrast, here is a two member pool in bigsuds.

Notice above that I did not use the method parameters. They are not required in bigsuds, though you can certainly include them. This could be written in the long form as:

There’s no more dealing with data returned like this:

Perhaps not as readable in this form as with pycontrol v2, but far easier to work programmatically.

George covered the benefits of sessions in his v11 iControl: Sessions article in fine detail, so I’ll leave that to the reader. Regarding implementations, bigsuds handles sessions with a built-in utility called with_session_id. Example code:

Also, with transactions, bigsuds has built-in transaction utilities as well. In the below sample code, creating a new pool that is dependent on a non-existent pool being deleted results in an error as expected, but also prevents the pool from the previous step from being created as show in the get_list method call.

Community member L4L7, the author of the pycontrol v2 library, is no longer with F5 and just doesn’t have the cycles to maintain the library going forward. Bigsuds author Garron Moore, however, works in house and will fix bugs and enhance as time allows. Note that all iControl libraries are considered experimental and are not officially supported by F5 Networks. Library maintainers for all the languages will do their best to fix bugs and introduce features as time allows. Source is provided though, and bugs can and are encouraged to be fixed by the community!

Make sure you have suds installed and grab a copy of bigsuds (you’ll need to log in) and extract the contents. You can use the easy setup tools to install it to python’s site-packages library like this:

Garron Moore's bigsuds contribution is a great new library for python users. There is work to be done to convert your pycontrol v2 samples, but the flexibility and clarity in the new library makes it worth it in this guy’s humble opinion. A new page in the iControl wiki has been created for bigsuds developments. Please check it out, community! For now, I’ve converted a few scripts to bigsuds, linked in the aforementioned page as well as directly below: 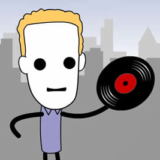 Nimbostratus
@Brian GibsonNot sure if this was answered -- This is probably a result of trying to utilize this with something older than BIG-IP_v11.0.0. Some of the older calls say 'depreciated' however they still work. You may want to use one of those.

Nimbostratus
Yup. I was testing on a 10.2.4 machine and it was puking. Got it working. Thanks though!

Cirrus
Jason,Thank you for taking the time to answer my question.I read that in the code, but the comments seem to suggest that the "cachedir" param was for cache'ing WSDLs once they were downloaded from the device.Did I read this wrong?Thanks again.

Community Manager
yes, that's true. however, I believe it works to store WSDLs offline there as well. Are you not seeing that behavior?

Cirrus
I only saw BigSuds cache'ing the WSDLs per device and, according to the code, have a TTL of 1 day. Sometimes I have to plow through 600+ devices with versions ranging form 9.4 to 11.1. My goal is to have a local set of up-to-date WSDLs that I could read once and use on all the devices. This would speed up execution time of my scripts since they wouldn't have to re-fetch/re-parse the WSDLs every time.The F5 Ruby gem has a set of WSDLs, but the gem is using an out-of-date SOAP library for the currernt version of Ruby and only loads the WSDLs needed for the task.I'm switching to Python because it seems to be much better supported and more widely used.Thanks again for your help

Community Manager
ok, let me check into this and get back to you.

Nimbostratus
Jason, this makes so much more sense now! Thank you, I really appreciate it!

Cirrus
Will BigSuds work with legacy devices such as an old 3dns running v4?

Nimbostratus
All Fine, got it...

Nimbostratus
Hi Jason,So I'm trying to make sure I'm clear. In a situation like using create_user_3 the value you would submit is a would be adictionary(user, password, permissions,login_shell)? So it would be something like info = {"user":{"name":"Joe","fullname":"Joe Smith"},"password":{"isencrypted":"yes","[password":"12345"},"permissions":{"role":"admin","partition":"main"} }These nested variables are tricky without knowing the syntax prior.

Nimbostratus
Hi Jason, Thank you for the article. I have followed the instructions and its been going great so far. Couple of questions though; How can i view Virtual Servers in multiple partitions, and not just Common? Will this https://clouddocs.f5.com/api/icontrol-soap/APIReference.html be the right API reference to refer to for creating client scripts using the python bigsuds lib?

Nimbostratus
bigsuds does not have timeout parameter in its class definition and by default uses the suds 90 seconds timeout..it should be simple enough to add a timeout attribute..are there any plans to do this ?

Nimbostratus
The LTM pool status script is great! How can I have it poll pools in all the partitions? 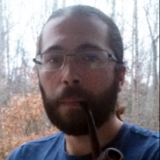 Nimbostratus
BigSuds has now been published to pypi, the Python software repository. Installing it is now as simple as "pip install bigsuds"

Nimbostratus
Is there anyway to use bigsuds or icontrol to configure HA in v10.
Version history
Last update:
‎07-Nov-2012 07:46
Updated by:
JRahm