Can anyone perhaps advise on setting up the irule for creating universal persistence based on a part of the uri?

I used the irule shown below.
The persistence table lookup shows a correct persistence (show /ltm persistence persist-records)
But the http_response_log also shows the persistence somewhere fails.
The result is that the application on the backend servers fails when these connections are loadbalanced to different servers. 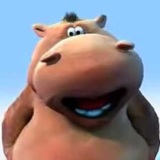 I would recommend removing the HTTP_RESPONSE section and then see if you still get error messages. If yes, please shout and we can dig a bit deeper. If so, would be great if you could move the log statement to the HTTP_REQUEST section as well.

For info; the reason why K7392 is mentioning the HTTP_RESPONSE section, is in the special case of cookies. In those requests, the initial request does NOT yet have the cookie and as such, the initial request does not get included in the persistence table, which means persistence for those sessions wouldn't start until the 2nd request, by which time it's already too late. As your requests should always have the "myuripart" in the request, you don't have that issue. - Thanks for referencing the K article though, it helps better understand the code 😉

Altostratus
In response to AlexBCT
Options

With the logging to the HTTP_REQUEST part of the irule we do see a correct persist to the same server. The HTTP_RESPONSE however shows also a different server. Application is still failing.

Any ideas to look for?