Can I ssl passthrough with LTM connecting to kubernetes?

Hi, I'm working on applying LTM to kubernetes cluster, and I have a question. 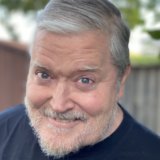 Passthrough SSL on a standard virtual server simply means not applying any server or client SSL profile. It simply works.

Nimbostratus
In response to Kevin_Davies
Options

Thank you for your early reply, Kevin.

I tried it but my server wouldn't reply to client hello... I use tcpdump in the pod, and the request seems not to reach to the pod. The server send ACK to client hello, but doesn't send server hello. When I send request by curl to service's IP(in one of my cluster node), in other words when the request doesn't through BIG-IP, I can get index page(it worked)...

Nimbostratus
In response to Kevin_Davies
Options

Even its been a while since this post, I was facing a similar issue and I would like to add to Kevin's reply the following link [1] which states:

In my case I was trying to setup a K8S cluster with Kubespray using an external load balancer. Initially I did what Kevin suggested as I read that before and I was sure that was the way, however, I was getting an issue initializing the first master. Checking the virtual servr I found that a HTTP profile was set (it was set by terraform) so I just set it to none and boom, kubespray finished with no issues.

I hope it helps someone because I struggled a lot with this simple thing.

If the server does not support ssl (no answer to client hello), why do you want to enable ssl passthrough?

Nimbostratus
In response to Stanislas_Piro2
Options

Our server should support ssl (curl in Kubernetes cluster with service IP and 443 https port return correct response). Only when attempting to through BIG-IP, server would not answer to client hello.

Capturing by Wireshark, I found that server sent Reset flag. Why the server force to disconnect? I have no idea...