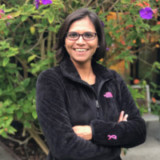 F5 has been actively developing Ansible modules that help in deploying an application on the BIG-IP. For a list of candidate modules for Ansible 2.4 release refer to the Github link. These modules can be used to configure any BIG-IP (physical/virtual) in any environment (Public/Private or Hybrid cloud)

Before we can use the BIG-IP to deploy an application, we need to spin up a virtual edition of the BIG. Let’s look at some ways to spin up a BIG-IP in the Public and Private cloud

For more details on the ansible module refer to Ansible documentation

Pre-condition: On the VMware a template of the BIG-IP image has been created

Spin up a BIG-IP VM in VMWARE using govc

Pre-condition: govc has been installed on the ansible host

Spin up a BIG-IP using cloud formation templates in AWS

For more details on the BIG-IP cloud formation templates, refer to the following Github Page

Pre-condition: Cloud formation JSON template has been downloaded to the Ansible host

Above mentioned are few ways to spin up a BIG-IP Virtual edition in your private/public cloud environment. Once the BIG-IP is installed then use the F5 ansible modules to deploy the application on the BIG-IP.

Refer to DevCentral article to learn more about ansible roles and how we can use roles to onboard and network a BIG-IP.

Included is a simple playbook that you can download and run against the BIG-IP.

What are the various software compatibility dependencies for getting ansible f5 to work? 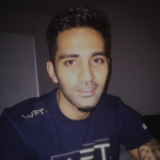