Why does FTPS loadbalancing need 3 VIPs?

I followed this guide to do FTPS SSL offloading - https://devcentral.f5.com/articles/ftps-offload-via-irules

The solution 1 did not work even after multiple tries but the solution 2 worked fine, however the article doesn't explain why it needs 3 VIPs in all.

I am quoting the working part here. And adding my config done in the comment below this post.

This solution will handle both load balancing and offloading of SSL for FTPS. It will NOT support Active FTPS transfers -- only Passive FTPS transfers will work (This is because of the strange way active FTPS SSL negotiations work -- the server initiates a connection to the client but the client begins the SSL handshake). This solution could support the Clear Control Channel command but currently does not. This is really a pretty experimental solution and would need to be improved to make it more robust in a production environment. The second iRule has some code commented out to replace the IP the server sends for passive transfers, but it would be easier just to configure your server to hand out the VIP address.

x.x.x.x: external VIP address y.y.y.y: any internal IP address that is not in use

1) You must be running 9.4.x as we will be using the "virtual" command to send traffic to another Virtual Server.

2) A source address persistence profile is defined that matches across services and across virtuals. It is applied to inbound both virtual servers so that the passive transfer connections are sent to the same server that has the control connection from that client.

3) Define a second standard virtual server on an internal address (where the first virtual server connects to) named "internal-y.y.y.y-999" with FTP servers (on port 21) as pool members. Apply the persistence profile. It needs the following iRule:

The Second VS needed on a different unused IP

The third VS with the pool again. 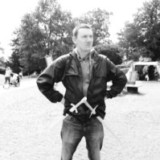 As the iRule on the second VS reads the TCP Payload within the CLIENT_ACCEPTED event the traffic needs to in plaintext, decrypted, to allow it be do this. If you tried do do this in the initial VS with SSL the payload would be encrypted and you would not be able to read the contents to execute the iRule.

The final VS is for the Passive Data connection, which could be on any port as the connection is dynamic.