Currently we are migrating our physical devices ( in two datacenter) into virtual one (vCMP Guests).

The both DCs are using same VLAN IDs but using different IPs.

As we learned that "The vlans are handled at the Host level.The Host administrator will create them and then they can be used per guest. Since the host is the same for all the guest, the vlan ID has to be unique."

How we can merge these DCs LTM (as vCMP guest) into single Chassis (vCMP Host)?

Any help is highly appreciated. 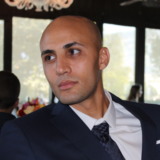 so if I understand correctly, you had 2 physical (one by DC) equipment that you want to replace with one. in this case a virtual device (GUEST VCMP).

your request is relatively simple; on your HOST (Hypervisor), create your VLAN 503.

Then attach this VLAN to your GUEST

Let me know if you need more details.

Cirrus
In response to youssef1
Options

Thanks for your update.

In our scenario, the both LTMs are hosted in different datacenter. Each DC has Site-A & Site-B. The LTM is running in one-armed mode, in active/standby mode.

I can create two trunk uplinks(with multiple VLAN ID) and connect each of them to PROD-1 and PROD-2 Nexus switches.

But on the VLAN interface, we need to add both trunk interface(with tagging) since both are sharing same VLAN ID.

For me, only the layer-2 configuration is unclear.

Since the Layer-2 is handled at HOST level, if you use same VLAN ID, how it differentiate the traffic between Guests? since the uplinks are connected to two different switches any L2 loop will happen?

note F5 hypervisor (Host) you can only have one VLAN.

so on your host you will create your different VLANs: VLAN 503, VLAN 504, VLAN 701 (if you want to do link aggregation you can then include them in LACP).

so on your guest you will only have one VLAN by ID and use one IP per vlan (SelfIP).

on the L2 Network side you could do MLT or use Stack (for the high availability part).

I hope it's clear to you.