We did try no persistence but this resulted in connection failures on the VPN clients. 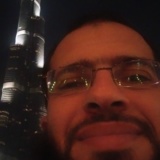 Hello Amine, yes we're doing source address translation so therefore the backend servers do not see the client IP address, they just see the address of the physical interface on the F5 - this means that due to the persistence profile, it keeps sending all clients to the same backend server - so I was wondering what my other persistence options are to avoid that and have proper loadbalancing accross all backend servers

SNAT is not the problem here IMHO, as it should not affect the load balancing between backend servers nor the persistence entry. Just check the persistence mask in the source address profile and make sure it is tight enough.

You can also issue the following command to display the current content of the source address persistence table:

Hello Amine, thanks once again for getting back to me - I've assumed that it is sending everyone to the same backend server but thats only based on 3 test connections which were all sent to the same server (we have 3 backend servers) - so do you think adding 255.255.255.255 to the mask will result in proper loadbalancing, even though all connections will come from the same IP address?

Yes yes, sure. Picking the pool member (either from a persistence entry or as a result of the LB algorithm) will occur before the SNAT, so F5 will base its traffic forwarding on the actual IP it sees in the ingress packet.

(Note: as I mentioned in my 1st answer, this assumes you don't have an upstream device -before F5- that hides the actual user IP, which is a rare but possible scenario)

Thanks Amine - yes we do have upstream devices also doing SNAT:

I'm assuming that if I disable source address translation / SNAT on everything above the internal F5 loadbalancers then it should work as you've described?

In that case internal F5 will see all the traffic as coming from the same IP so you won't be able to persist based on source IP. One alternative is to inject X-Forwarded-For header from the upstream device and retrieve it in the LB and persist based on it using an irule. You can find an example here: https://devcentral.f5.com/s/question/0D51T00006i7grt/enable-source-ip-persistence-based-on-x-forwarded-ip-info

Thanks again Amine; does that work even when my traffic is not HTTP (its port 4500 & 500 UDP VPN traffic)

MVP
In response to Enfield303
Options

Sorry, I didn't notice that this is for vpn traffic. In this case xff header is not applicable as it only works with http(s) traffic

Nimbostratus
In response to Enfield303
Options

If we disabled SNAT on all the devices above the internal F5s, do you hink that would work?

MVP
In response to Enfield303
Options

Yes it should. And if you have two VS one for 500 and a second for 4500 you'll likely need to share persistence between them using the Match Across Services of the persistence profile.