We are currently running our lync 2013 environment through our F5 Bigip running v11.4.1. The config was previously working on 11.3 according to users but the upgrade was performed on 9/17 and it is just now being reported. Using the iApp we have deployed the Reverse proxy portion and we are trying to deploy the external Edge Services portion but we are running into some issues with A/V and Web conferencing. Whenever a user joins a meeting it will immediately disconnect the user from the meeting. We have been able to isolate this behavior as being something with the F5 but we can not troubleshoot where or what is causing this behavior. Has anyone else encountered the same thing or something similar?

Another unrelated observation, the iApp for 2013 needs to be modified for the reverse proxy portion because of how lync 2013 mobile clients connect originally. They first make a HTTP connection to lyncexternalfrontend.domain.com:80 that is forwarded to your lyncinternalfrontend.fqdn.domain.com:8080. After successful connection to 80, they connect via HTTPS for the rest of the session.

It sounds like you did a swap and replace as you are rebuilding the edge services via the iapp. I would compare the 11.3 configuration with your 11.4.1 as a start. Based on your problem description I would also look at the following on your 11.4.1 system: - Routes, specifically to the internet for external clients - Edge servers should have F5 as Default Gateway - Don't SNAT the edge services, see previous bullet

This is all recommendations based on my experience with 11.3, so ymmv on 11.4.1. Hope this helps. Mel 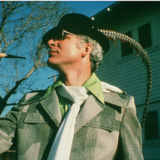 The list of required ports for external mobility clients includes only 443; port 80 is listed as optional: http://technet.microsoft.com/en-us/library/jj204932.aspx

The client should connect OK via HTTPS if HTTP is not available. That should be the desired behavior if the connection will eventually use HTTPS anyway.

Are you seeing performance issues when only port 443 is used?