Is there a preconfigured ASM Policy for Exchange2013 running ActiveSync, OWA & Autodiscover?

Is there a preconfigured ASM Policy for Exchange2013 running ActiveSync, OWA & Autodiscover?

Thanks for your help 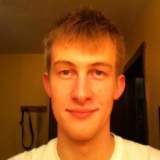 I believe it depends on the software version you are running. I just looked through my various lab devices on v12.1 through v15.1 and noted the following: