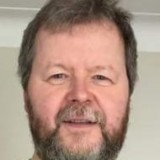 The HTTP::payload command doesn' seem to ba able to handle UTF-8 encoded characters.  When I capture the HTTP payload into a variable and then manipulate it and update the HTTP payload before sending the request into our application names any unicode characters are being mangled, so "Héro" becomes "HÃ©ro".

I've tried creating a simple HTTP virtual server with an iRule that just logs the HTTP payload in /var/log/ltm and I can see its not our application that is causing the issue, it appears to be the HTTP::payload feature.

I saw an article about using binary scan to fix a similar issue but when I tried it it didn't make any difference at all.

Have you tried this?

"Note that the argument will be interpreted as a byte array. If it is actually a UTF-8 string with multibyte characters, the output will not be what you expect. In order to prepare a UTF-8 string for use as input to HTTP::payload replace, you should first run ‘binary scan c* throwawayvariable’."

This could also help:

Hi @Peter_Lowdon  - did @Dario_Garrido's reply help solve your issue? If yes, don't forget to click Accept as Solution so others know that is the correct answer - and if no, then I'll see about finding a SME to help you out. 🙂