We plan to have (4) 25M F5 15.x APM VE’s up at the same time each supporting 5000 max sessions. We would like all 4 APM's active at a time and share the sessionID cookie between all four in the instance of an APM failover event.

The below article is the most relevant I have found, but it seems a bit contradicting

And then create a “Sync-only” traffic-group-1 in all (4) APM’s for the APM policy configuration?

Or is it better to create all (4) F5 APM VE’s as standalone? And just have a Sync-only traffic-group-1 on all four APM’s? 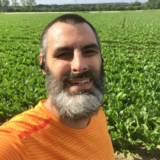 in an ideal world, I'd suggest you to have 4 standalone APM instances. Configuration must be kept consistent among all four devices, this could be achieved with either BIG-IQ or AS3. Or another orchestration tool of your choice. For loadbalancing and in order to assure persistence I'd either use the F5 DNS Load Balancer Cloud Service or BIG-IP DNS.