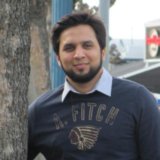 As described in a previous article Under the hood of F5 BIG-IP LTM and Cisco ACI integration – Role of the device package , Cisco APIC provides the user with the ability to define a service graph to automate L4-L7 service insertion using F5 BIG-IP device package. In this article, learn how to deploy an application with Cisco APIC policy model and F5 BIG-IP LTM device package using Northbound APIs (XML) scripts. Let's look at the different APIC logical constructs before diving into the cookbooks of scripting.

The Application Centric Infrastructure policy model provides a convenient way to specify application requirements, which the APIC then renders in the network infrastructure. The policy model consists of a number of constructs such as tenants, contexts, bridge domains, end point groups and service graphs. When a user or process initiates an administrative change to an object within the fabric, that change is first applied to the ACI policy model and then applied to the actual managed end point . All physical and logical components of the ACI fabric are represented as a hierarchical Management Information Tree (MIT). Some of the key components contained within the MIT are shown in the flow diagram

A tenant is essentially a ‘container’, used to house other constructs and objects in the policy model (such as contexts, bridge domains, contracts, filters and application profiles). Tenants can be completely isolated from each other, or can share resources. A tenant can be used to define administrative boundaries – administrators can be given access to specific tenants only, resulting in other tenants being completely inaccessible to them

Learn how to Create Tenant SJC

Learn how to Create Tenant LAX

A context is used to define a unique layer 3 forwarding domain within the fabric. One or more contexts can be created inside a tenant. A context is also known as a ‘private network’ and can be viewed as the equivalent of a VRF in the traditional networking world. As each context defines a separate layer 3 domain, IP addresses residing within a context can overlap with addresses in other contexts.

A bridge domain is a construct used to define a layer 2 boundary within the fabric. A BD can be viewed as somewhat similar to regular VLANs in a traditional switching environment. BDs however are not subject to the same scale limitations as VLANs, and have a number of enhancements such as improved handling of ARP requests and no flooding behavior by default.

The End Point Group (EPG) is one of the most important objects in the policy model and is used to define a collection of end points. An end point is a device connected to the fabric (either directly or indirectly) and has an address, a location and other attributes.  End points are grouped together into an EPG, where policy can be more easily applied consistently across the ACI fabric.

An end point may be classified into an EPG based on a number of criteria, including:

Learn how to create contracts for Tenant SJC

Learn how to create contracts for Tenant LAX

A filter is a rule specifying fields such as TCP port, protocol type, etc. and is referenced within a contract to define the communication allowed between EPGs in the fabric. A filter contains one or more “filter entries” that actually specify the rule.

The Application Profile is the policy construct that ties multiple EPGs together with contracts that each EPG provides or consumes. An application profile contains as many EPGs as necessary that logically relate to the capabilities provided by an application.

Learn how to create Application Profile for Tenant SJC

Learn how to create Application Profile for Tenant LAX

Setting up the Fabric for service Insertion

Learn how to setup the VMM domain to integrate APIC with VMware VCenter environment to run BIG-IP LT...

Learn how to setup the physical domain and assigning the vlan namespace to enable datapath forwardin...

Wondering how to run these scripts ?

Here is the recipe, run the two scripts below within python environment and verify the configurations on Cisco APIC and F5 BIG-IP LTM. Make sure you have a device package downloaded from download.f5.com and saved in the same directory with the scripts

Complete XML scripts directort can be downloaded from here .

The recorded video here shows how to configure the ACI policy model to deploy an application in Cisco APIC and BIG-IP LTM through graphical user interface.

Nimbostratus
It seems the request.py script is written in version 3 but the syntax is incorrect in some places - example the 'print' command isn't enclosed with ( ). Did you create the request.py script or did it come from somewhere else?
0 Kudos
Version history
Last update:
‎26-Sep-2014 20:04
Updated by:
Faraz_147118