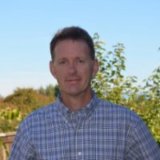 F5 Local Traffic Manager (LTM) has always provided customers with the ability to optimize their network deployment by providing tools that can observe network traffic which also allow the administrator to configure various actions to take based on those observations.  This is embodied in the fundamental concept of a virtual server, which groups traffic into pools based on observed IP addresses, ports, and DNS names, and furthered by extensions like iRules, which provide a tremendous amount of flexibility and customizability.

For HTTP traffic up until BIG-IP 11.4.0, the HTTP Class module provided the ability for an administrator to match various parts of an HTTP transaction using regular expressions, and specify an associated action to take.  These include actions such as inserting or removing a header, sending a redirect, or deciding to which vlan or pool a request should be forwarded.  This was a flexible approach, but regular expression processing can be performance intensive, serial evaluation can get bogged down when the number of conditions increases, and sometimes proper coverage would require the administrator to configure specific ordering of evaluation.

With the growth of traffic on the internet, and the explosion of HTTP traffic in particular, organizations are increasingly in need of more sophisticated tools which can observe traffic more in-depth and execute actions with good performance.

LTM Policy first appeared in BIG-IP 11.4.0 as a flexible and high-performance replacement for HTTP Class.  Additional capabilities and features have been continuously added since that time.  At its core, LTM Policy is a data-driven rules engine which is tightly integrated with the Traffic Management Microkernel (tmm).

One of the big improvements brought by LTM Policy is the accelerated and unique way that it can evaluate all conditions in parallel.  When one or more policies are applied to a virtual server, they go through a compilation step that builds a combined, high-performance internal decision tree for all of the rules, conditions, and actions.  This optimized representation of a virtual server's policies guarantees that every condition is only evaluated once and allows for parallel evaluation of all conditions, as well as other performance boosts, such as short-circuit evaluation.

Another improvement is that conditions can observe attributes from both the request and the response, not just the request.  Unlike HTTP Class, where its first-match-win could lead to ordering issues, LTM Policy can trigger on the first matching condition, all matches, the most specific match, or execute a default action when there are no condition matches.

Every rule in a policy has a set of conditions and a set of actions, where either set may be empty.

Conditions describe the comparisons that occur when traffic flows through a virtual server.  The properties available to a condition depend on what aspect the policy requires.  (See Conditions chart below.)  For example, if a policy requires the http aspect, then HTTP-specific entities like headers, cookies, URI can be used in comparisons.

Actions are commands which are executed when the associated conditions match.  As with conditions, the actions available to a policy depend on which aspects the policy controls.  (See Action chart below.)  For example, if a policy controls the forwarding aspect, then forwarding-specific actions, such as selecting a pool, virtual server, or vlan are available.

All policies are associated with a strategy, which determines the behavior when multiple rules have matching conditions.  As their titles suggest, the First Match strategy will execute the actions for the first rule that matches, All Match strategy will execute the actions for all rules which match, and Best Match will select the rule which has the most specific match.  The most specific match is determined by comparing the rules for the number of conditions that matched, the longest matches, or the matches which are deemed to be more significant.

Multiple policies can be applied to a virtual server.  The only restriction is that each aspect of the system (e.g. forwarding, caching, see Actions table) may only be controlled by one policy.  This is a reasonable restriction to avoid ambiguous situations where multiple policies controlling the same aspect match but specify conflicting actions.

iRules are an important and long-standing part of the BIG-IP architecture, and pervasive throughout the product.  There is some overlap between what can be controlled by LTM Policy and iRules, not surprisingly that most of the overlap is in the realm of HTTP traffic handling.   And just about anything that is possible in LTM Policy can also be written as an iRule.

LTM Policy is a structured, data-driven collection of rules.  iRules and Tcl are more of a general purpose programming language which provide lots of power and flexibility, but also require some programming skills.  Because policies are structured and can be created by populating tables in a web UI, it is more approachable for those with limited programming skills.

So, when to use LTM Policy and when to use iRules?  As a general rule, where there is identical functionality, LTM Policy should be able to offer better performance.  There are situations where LTM Policy may be a better choice.

For supported events (such as HTTP_REQUEST or HTTP_RESPONSE) , LTM Policy evaluation occurs before iRule evaluation.  This means that it is possible to write an iRule to override an LTM Policy decision.

Beginning with releases in 2015, selected LTM Policy actions support Tcl command substitutions and the ability to call standard iRule commands .   The intention is to empower the administrator with quick, read-only access to the runtime environment.  For example, it is possible to specify an expression which includes data about the current connection, such as [HTTP::uri ] which gets substituted at runtime to the  URI value of the current request.

Tcl support in LTM Policy is not intended as a hook for general purpose programming, and can result in an error when making calls which might have side effects, or calls which might cause a processing delay.  There is also a performance trade-off to consider as well, as Tcl’s flexibility comes with a runtime cost.

Below is a summary of actions which support Tcl expressions:

*This action has supported Tcl expressions since BigIP 11.4.

While a comprehensive list of valid Tcl commands is beyond the scope of this document, it should be noted that not every Tcl command will be valid at any given time. Most standard iRule commands are associated with a tmm event , as are LTM Policy actions.  For example, in the LTM Policy event request, iRule commands which are valid in the context of HTTP_REQUEST event will validate without error.  A validation error will be raised if one attempts to use iRule commands that are not valid in the current event scope.  For example, in an LTM Policy action associated with the request (i.e. HTTP_REQUEST) event context, specifying an expression like [HTTP::status] , which is only valid in a response event context, will not pass the validation check.

There are several iRule commands defined which can be used to access information about policies attached to the virtual server.

What can I do with it?

Here are some sample tasks and LTM Policies that could be used to implement them.  Keep in mind that the policy definitions shown below, which at first glance appear to be more complicated than an equivalent iRule, are generated by a more friendly, web-based UI.  The web UI allows the policy author to select valid options from menus, and build up a policy with little worry about programming and proper syntax.

Some rules of thumb

While there are certainly exceptions to any rule, the following are some general usage guidelines.

LTM Policy is a powerful, flexible, and high-performance tool that administrators can leverage for application deployment.  Its table-driven user interface requires very little in the way of programming experience, and new capabilities have been added continuously with each release.

Cirrostratus
Thanks for the article Steve! Do you know if it possible to create tcp-only policy without http?

Historic F5 Account
Quick answer: no. As LTM Policy has descended from HTTP Class, it remains pretty focused at the HTTP layer. So the TCP support currently includes the conditions and actions listed above.

Nimbostratus
Very promising! The article mentions in the table below Actions and shows in the pictures "persistence" as an available Control. Much wished, I hope this will be soon available for release. 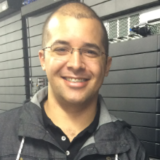 Nimbostratus
Great Article. Will help me a lot. Congrats!!!!

Nimbostratus
Thanks for the great article Steve. It's the kick-starter I needed to start monkeying around with policies. 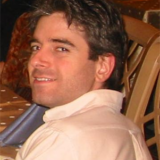 Nimbostratus
Thanks Steve for a very informative article. As dso2 asks, when (i.e. what HF) will "persist" as a target be available? Thanks.

Historic F5 Account
Well you eagle-eyed folks did notice persistence as an aspect of the system that can be controlled by LTM Policy in the screenshot. Please realize that I don't speak in an official capacity as far what features will be available in which release. So without making any specific commitment or promise, you may have luck looking for it in our next release later spring / early summer 2015.

Cirrostratus
Has the geoip option only been added in 11.6?

F5 Employee
How can you use a tcl expression (such as tcl:[IP::client_addr] for example) in a log message?

Historic F5 Account
Re: Tcl expression in log message, from the article: "Beginning with releases in 2015, selected LTM Policy actions support Tcl command substitutions and the ability to call standard iRule commands." Look for your expression to work in 12.0.

Cirrus
very powerful but very poorly documented in the manuals. TCL "Supported since beg of 2015" or some in v11.4. Great, but should be documented

This is a great eye-opnener for me as I was having trouble setting up some referrer-based redirect using iRules. This led me to the Policy feature and I have just configured it exactly the way I want it to work. How then do I attache it to the VS involved....still looking