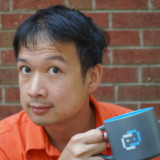 Fortunately there is a draft protocol to address these challenges using a protocol EDNS Client Subnet (ECS). ECS enables DNS servers to provide more accurate topology information that can improve end-user experience. ECS is similar to X-Forwarded-For headers used with HTTP. X-Forwarded-For header is a technique for preserving the original client IP address for cases when the BIG-IP translates the source IP address of HTTP traffic. ECS injects information about the original client IP subnet into the DNS request.

Today, with version 11.5.x and 11.6.0 the BIG-IP we can use an iRule to implement a solution that is interoperable with the current draft protocol for testing and evaluation.

After reading through the draft specification you can see that ECS requires the ability to interpret ECS information that is sent with the DNS query as well as respond with an appropriate response that indicates to the DNS resolver that the DNS server supports ECS. Fortunately we have two LTM iRule events “DNS_REQUEST” and “DNS_RESPONSE” that allows us to receive and respond with the appropriate messages. We can leverage the GTM DNS_REQUEST iRule event to capture the information and the whereis command to act on the information.

A graphical representation of the solution

The iRule code can be found on the codeshare. Here’s a sample output of the results of using the iRule with OpenDNS’s servers (requires a request to OpenDNS support to enable your DNS servers to receive ECS from OpenDNS) and Google DNS.

ECS is still a draft protocol and may change over time. Using a F5 iRule we can interoperate with the protocol to provide better granularity for topology load balancing. The example above was done in a lab environment to demonstrate what’s possible.  Improvements that could be made to the example include:

Using an iRule we can solve today’s problem using a draft protocol! 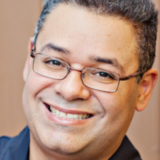 Could you (or anyone) please explain how this links to the GTM topology? Looking at the irule, I see it doing a whereis on the ECS subnet and logging the response. I fail to see how GTM then knows how to use this information for its topology load balancing. puzzled.

Does the iRule get applied to the listener or the wideip?

Could you, please, provide an example, how to use the irule with topology balancing?