And by "That Thing We Do" I mean writing about F5 Technology. Specifically, in this case (and as is often the case with me) iRules. Even more specifically, I'm talking about the iRules 101 series. For some it's a trip in the wayback machine, that is for those that have been around since the early times and days of yore in DevCentral terms. Others may not even know what I'm talking about. Just so we're all on a level playing field here, allow me to elucidate.

The idea of a 101 series is something that we (and by we I mean Joe) came up with many moons ago, back in the old days before even v10 was around, shortly after dinosaurs roamed the earth. The idea was pretty straight forward: We have lots of information swirling around about different topics on DevCentral, but there's no "Here's how you get started with this " type documentation. We really wanted something that would carry a user from 0-60 (it's a car reference...getting up to speed) on a given topic like iRules or iControl and show them the basic concepts, how to use them, how to get the most out of them, and get them to a place where they could really benefit from the vast majority of the information that flows through DevCentral regularly. The reality is that by enlarge that info isn't meant for beginners, so having an on-ramp of sorts to get people ready to go into the fast lane and keep up successfully seemed like a solid idea. Keep in mind that not only does a potential iRule/iControl user have to master that technology, they have to get up to speed on F5 terminology and functionality first, before they can even start to delve into the APIs and extension technologies. That can be a tall order, and we felt it warranted a bit more structure and formality to try and assist people in getting themselves bootstrapped to a point of self sufficiency and extended learning via the community.

And so the 101 concept was born. There were a few of them, both for iRules and iControl, and they were a smashing success by all standards at the time. "At the time" being the key portion of the phrase there. Fast forward to today, several years later, and what do you have? You have old articles dealing with old technology that very well may talk about doing things in ways that are not considered best practices anymore. Not that the information is bad or wrong if you're using older versions of BIG-IP...but for those of us that have embraced the future, the old series is severely lacking. So what is to be done? Well, do it again, obviously (Are you getting the tie-in to the title yet? See what I did there?).

This brings us to present day. I am proud to be pioneering a new series affectionately referred to as #The101. I'm starting with, surprise surprise, iRules. As a matter of fact the first installment of #The101: iRules went out last week. The next installment will go out this Wednesday, and there will be a new article every Wednesday from now until I run out of things to talk about. That's not true, actually, since there are so many things to talk about...but it'll go on until I get through the outline of things that I've defined as being germane to this new 101 series. Topics you can look forward to are:

Mind you there will be a massive amount of extra discussion, ancillary topics and other goodness packed into each article, but that's the general gist. Sound good? I hope so. Check back every Wednesday for a new article to read along as it's coming out. There will also be companion videos with several if not most of the articles to explain and demonstrate the concepts being discussed. I really want to create a mechanism by which people can onboard themselves into the iRules borg community and take part in all of the awesome collaboration that exists.

So...whether you're new to iRules, know someone who is, or are just interested in following along as I delve deep into a plethora of geeky, iRules flavored topics, #The101: iRules is your new favorite series. Check it out, Wednesdays, right here on DevCentral. Tell a friend, tell 200, and let me know if there are any questions or feedback, as always. 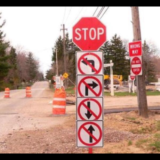 Nimbostratus
Hi, it would be nice if we have the iRule 101 lessons put together in a pdf file that we can download and use as reference.
0 Kudos
Version history
Last update:
‎20-Aug-2012 17:45
Updated by:
Colin_Walker_12