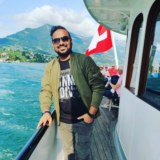 Currently there is no support for FQDN nodes in non-default route domains as per Article. With recent increase in cloud deployment, most of the time there is a requirement from F5 to load balance to servers or ELB in the cloud which has FQDN names as those are having dyanamic IP addresses. If you are using route domains in your BIGIP environment then this becomes a challenge.

Below iRule script can be used in those scenerios to use F5 to send traffic to FQDN nodes in non-default route domains.

Thanks for this. i am not an irule expert, but i am trying to understand the code.