HelpSign In
Technical Forum
Ask questions. Discover Answers.
Turn on suggestions
Auto-suggest helps you quickly narrow down your search results by suggesting possible matches as you type.
Showing results for
Search instead for
Did you mean:
Topics with No Replies | Recent Solutions | Contact DevCentral
Options

Has anybody implemented any controls on their LTMs that prohibits a source from repeatedly authenticating to a virtual server that requires SSL client authentication?

Granted... the ability to brute-force a 2048 bit key signed with sha256 from an internal/protected PKI is going to be rather... umm... difficult. However I don't want to give any prospects of a snow ball's slight chance in Mojave to induce any sort of undesirable condition (DoS, failure of authentication logic, unknown bugs... whatever it is). I want to slow that process down so it can either be detected earlier or prevented as a whole - of course. Plus, I'm an overly paranoid soul who simply rather not provide the ability for random sources to pound on the door at-will.

That being said... anybody share that concern? Has anybody done anything to put controls in place to limit failed SSL client authentication?

In my scenario, nobody should be touching the VS unless they have an approved mobile device that is part of our MDM with a certificate acquired by our PKI (SCEP). In light of that, I have zero regard for the gracefulness of client rejection.

There might be something built-in to accommodate this scenario... but I'm not aware of it. I was initially thinking iRule, so I just dove right into it.

I'm no programmer... but I'm thinking something along these lines (warning: this code has not been tested!). Would love any constructive feedback on any of the above or below!

Theory and base code borrowed from Jason Rahm and Stephanie via DevCentral.

Was able to get this tested... and works. You may want something more graceful than the above... but for my use-case, it works as desired. 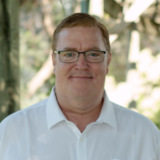