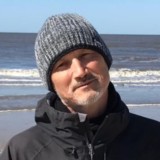 Recently I noticed a significantly larger .ucs backup file on one of my lab machines.

Usual suspects are the EPSEC files used by APM, but APM was not provisioned here.

So here are the steps taken to check for the largest directories and files in the backup:

After creating a new archive it is moved into a temp folder and unzipped/untarred.

With applying the disk usage (du) utility and the find utility to the temp directory it turned out, the imported AS3 .rpm was saved with the .ucs archive. And this makes sense, of course.

But there might also be tcpdumps stored in your home directory (adding up additional 20MByte to the archive here) or one of the other places stored with the archive, i.e: