What’s new in 2015: consumer hyperawareness, public services going digital, and a shift in the way we view clouds 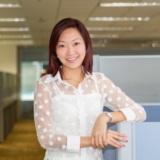 Like all of us here at F5, I love technology and how it shapes virtually every aspect of the world today – creating opportunities, advancing knowledge, and connecting people. In 2014 alone, we’ve seen wearables transition from novelty to mainstream technology, the market for drones take off, big data make big strides from hype to reality, smartphones prices drop as low as US$50, new eCommerce records set in China on singles day and in the US on Black Friday, and much, much more. We’ve also seen some negative superlatives as well, with unprecedented zero-day vulnerabilities like Heartbleed and Shellshock, ever more sophisticated hacks and attacks, and DDoS attacks of a scale and complexity never seen before. It’s been a fascinating year for geeks and technologists like us (and probably you!).

Now we’re into the final month of the year, it’s time look forward all that awaits us in 2015. After lots of lively debate and discussion here in the F5 offices, we’ve identified these major trends that we predict will have a huge impact on technology, business, and government – as well as end-users, consumers, and citizens – in the coming year. Let us know what you think!

The rise of ‘consumer hyperawareness'

Understanding what drives their customers has become a given for any organization interested in success, and in 2015 it will become more critical than ever as businesses fight for competitive advantage with more data about consumers and increased abilities to draw insights from them. We call this new level of customer knowledge ‘consumer hyperawareness,’ and it will change how organizations deliver and tailor products, services, and support, allowing them to identify and meet consumer needs with previously unimagined precision – creating benefits for businesses and consumers alike. The timing is perfect: network ubiquity, processing power and analytics solutions are now capable of making it happen. And the social media revolution has made people more comfortable than ever about volunteering information and enjoying a rich mix of benefits for doing so.

A tipping point for digital delivery of public services

Citizens are becoming increasingly connected and tech-savvy at exponential rates, and they’re starting to demand from their governments the same level of convenience and speed they get from businesses’ online service. In response, we expect to see governments move quickly from dipping their toes into providing public services digitally to diving in full force!

The shift may be helped by increased comfort of people to share information and handle transactions, even sensitive ones, online. After all, if people are already sharing what they are eating on Facebook, perhaps they’d be equally quick to, for example, complete a government survey on the subject, which may well help health authorities take steps to improve nutrition or reduce obesity. The benefits will even extend to schools as governments are able to better personalize education based on data garnered from students and their work.

Of course, security will still remain and big issue with this shift in mind, and identity theft will be a key area to protect against as people extend their presences online as citizens and consumers.

Not all clouds are created equal

For years, the IT industry has been on fire with the idea of getting businesses to move their technology into the cloud – replacing, and in many cases replicating, existing physical data centers with a cloud-based equivalent.

However, there has been less focus on efficiency, which can leave some enterprises with OPEX bills as big, or bigger, than the CAPEX they are trying to eliminate. In the coming year, expect to see increased interest in cloud optimization and more enterprises adopting a “Cloud First” strategy in many business-technology decisions. In emerging markets in particular, we anticipate rapid and opportunistic adoption of exciting and powerful new technologies and business models that leap frog generations and drive innovation.