What is Shape Security? 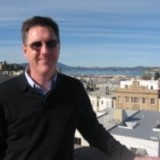 What is Shape Security?

You heard the news that F5 acquired Shape Security, but what is Shape Security? Shape defends against malicious automation targeted at web and mobile applications.

Why defend against malicious automation?

Attackers use automation for all sorts of nefarious purposes. One of the most common and costly attacks is credential stuffing. On average, over eight million usernames and passwords are reported spilled or stolen per day. Attackers attempt to use these credentials across many websites, including those of financial institutions, retail, airlines, hospitality, and other industries. Because many people reuse usernames and passwords across many sites, these attacks are remarkably successful. And given the volume of the activity, criminals rely on automation to carry it out. (See the Shape 2018 Credential Spill Report.)

Other than credential stuffing, attackers use automation for fake account creation, scraping, verifying stolen credit cards, and all manner of fraud. Losses include system downtime from heavy bot load, financial liability from account takeover, and loss of customer trust.

What makes automation distinct as an attack vector?

Traditional attacks on websites from XSS to SQL injection depend upon malformed inputs and vulnerabilities in apps that allow such inputs through. In contrast, malicious automation scripts send well-formed inputs, inputs that are indistinguishable from what is sent by valid users. Even if an application checks user inputs, even if the developers have followed secure programming practices, the app remains vulnerable to malicious automation. Even though the inputs may not vary from those of valid users, the attackers can achieve great damage ranging from account takeover to other forms of online fraud and abuse.

What about traditional means of stopping bots? (CAPTCHAs and IP Rate Limits)

We all dislike CAPTCHAs, those annoying puzzles that force us to prove we’re human. As it turns out, machine learning algorithms are now better at solving these puzzles than we humans. Other than adding friction for real customers, CAPTCHAs accomplish little. (See How Cybercriminals Bypass CAPTCHA.)

Advanced attackers are also adept at bypassing IP rate limits. These criminals disguise their attacks through proxy services that make it look as if their requests are coming from thousands of valid residential IP addresses. Research by Shape shows that attackers reused IP addresses during a campaign only 2.2 times on average, well below any feasible rate limit. (See 5 Rando Stats from Watching eCrime All Day Every Day.) Many of these IP addresses are shared by real users because of NATing performed by ISPs. Therefore, blacklisting these IPs may interfere with real customers but will not stop sophisticated attackers.

Why is it so difficult to stop malicious automations?

With HTTP requests arriving from so many valid IP addresses containing inputs identical to valid requests, stopping malicious automation is no easy task. Attackers go to great lengths to simulate real users, from deploying real browsers to copying natural mouse movements to subtle randomization of behavior. With so much money at stake, attackers persist, retool, and continuously probe. The reality is that there is no silver bullet to stop such attacks, no one defense that will last for long.

Shape’s ever learning, ever adapting system.

Rather than depend upon a single countermeasure, Shape’s system is strategically designed for continuous learning and adaptation.

Shape instruments mobile and web apps with code to collect signals that cover both browser environments and user behavior. A real-time rules engine processes these signals to detect bot activity and mitigate attacks. These signals feed into a data system that fuels multiple machine learning systems, the findings of which, guided by data scientists and domain experts, drive the development of new signals and new rules, ever improving the quality of data and decisions.

As Shape has defended much of Fortune 500 for several years now, battling the most advanced, persistent attackers, it has gone through many learning cycles, developing an extremely rich signal and rule set and refining the learning process. Stopping bots depends on a network effect gained from defending many enterprises and analyzing massive quantities of data.

How does the Shape system work? What are the components?

Shape’s Client Signals are collected by JavaScript that utilizes remarkably sophisticated obfuscation. Based on a virtual machine implemented in JavaScript with opcodes randomized at frequent intervals, this technology makes reengineering both extremely difficult and minimizes the window for exploitation. The obfuscation hides from attackers what signals Shape collects, leaving them groping in the dark to solve a complex multivariate problem.

In addition to the JavaScript for web, Shape offers mobile SDKs for integration into iOS and Android devices. The SDKs utilize JavaScript loaded in web views to ensure that the signals collected can evolve without requiring new integrations and forced app upgrades.

The JavaScript collects signal data on the environment and user behavior that it attaches to HTTP requests to protected resources, such as login paths, paths for account creation, or paths that return data desired by scrapers. These requests with the signal data are routed through the Shape Defense Engine to determine whether the request is from a human or a bot.

The Shape Defense Engine sends telemetry to the Shape AI Cloud, a highly secure data system, where it is analyzed by multiple machine learning algorithms for the detection of patterns of automation and of fraud more broadly. The insights gained enable Shape to generate new rules for bot detection and to offer rich security intelligence reports to its customers.

The Shape Protection Manager (SPM), a web console, provides tools for deploying, configuring, and monitoring the Shape Defense Engine and viewing analytics from the Shape AI Cloud. From the SPM, you can dig into attack traffic, see when and how often attackers retool, see what paths attackers target, see which browsers and IP addresses they spoof. The SPM is the customer’s window into the Shape system and the toolset for managing it.

Deploying Shape involves routing protected HTTP traffic through the Shape Defense Engine, which is often done through the configuration of BIG-IP and Nginx. In the next article in this series introducing Shape Security, we’ll learn best practices for integrating Shape.

Could you clarify a bit about what "signals" are? Are you talking about electronic signals (waveform/amplitude) or some other structure? Thanks.

Good question. Signal is a rather overloaded term and deserves more of an explanation. In the Shape system, a signal represents data collected by Shape's JavaScript (or mobile SDK) about the browser (or mobile) environment or user behavior. Signals collected about the browser environment might include typical items such as fonts and plugins. Signals about user behavior might include mouse movements, copying and pasting, and key presses (though not which alphanumeric keys were pressed). I mention these as examples so that you can picture the type of data Shape considers as signals. In practice, Shape has developed hundreds of signals and continues to develop new ones as it researches browser releases and attack tools, always striving for the best balance between security efficacy and performance.