tl;dr - The Hypertext Transfer Protocol, or HTTP, is the predominant tool in the transferring of resources on the web, and a "must-know" for many application delivery concepts utilized on BIG-IP

HTTP defines the structure of messages between web components such as browser or command line clients, servers like Apache or Nginx, and proxies like the BIG-IP. As most of our customers manage, optimize, and secure at least some HTTP traffic on their BIG-IP devices, it’s important to understand the protocol. This introductory article is the first of eleven parts on the HTTP protocol and how BIG-IP supports it. The series will take the following shape:

What makes up the web? Well get ready for a little acronym salad. There are three semantic components of the web: URIs, HTML, and HTTP.

This is eye candy for now as we’ll dig in to the underlying protocols and HTTP terminology shown here in the following two articles. But take notice of the components we talked about earlier defined there. The protocol is identified as HTTP. Following the method is our resource /home, and the server is identified in the Host header. Also take note of all those silly carriage returns and new lines. Oh, the CRLF!! If you’ve dealt with monitors, you can feel our collective pain!

Whereas HTTP/2 has been done for more than two years now, current usage is growing but less than 20%, with HTTP/1.1 laboring along as the dominant player. We’ll cover version-specific nuances later in this series, but the major releases throughout the history of the web are:

Given the advancements in technology in the last 18 years, the longevity of HTTP/1.1 is a testament to that committee (or an indictment on the HTTP/2 committee, you decide!) Needless-to-say, due to the longevity of HTTP/1.1, most of the industry expertise exists here. We’ll wrap this series with HTTP/2, but up front, know that it’s a pretty major departure from HTTP/1.1, most notably is that it is a binary protocol, whereas earlier versions of HTTP were all textual. 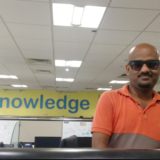 Thanks Jason, could you please help me to brief about stream profile

The TCP connection setup behavior for a Standard virtual server varies depending on whether a TCP profile or a TCP and Layer 7 profile, such as HTTP, is associated with the virtual server.

Hi Jason, While going through Eric's 201 guide , I found this to be confusing. How can tcp behavior be different for a Standard virtual server, as i am aware , there is always a default http profile in the backend. Can you help me understand this.

Hi Jason,yes you are correct. But If I configure a standard vip on port 80 and do not configure/associate any manual http profile. In such scenario, is there a default (hidden) http profile associated?

Thanks for the response!

@Sukesh, no. In that scenario, it is only processed by BIG-IP as tcp traffic and the http filter is not applied the hud chain, so no http commands would work in iRules or local traffic policies.