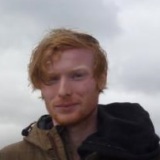 Leading UAE IT decision-makers agree that cybersecurity threats are growing in intensity and scale across the region.

According to a new survey commissioned by F5 Networks, 81% of surveyed IT decision-makers believed their organisation was more vulnerable than ever to cybersecurity threats.

82% ranked their organisation’s vulnerability to cybercrime, hacking and “hacktivism” as “very” or “extremely” vulnerable, and 79% agreed that it is more difficult than ever to protect their organisations from associated security threats.

Worryingly, only 8% are completely confident their organisation has consistent IT security measures across its entire IT network.

The top cybersecurity challenges listed in F5 Networks’s survey include changing motivations for hacking (33% of respondents), the virtualization of server desktops and networks (31%), difficulty in managing a variety of security tools (29%), the increasing complexity of threats (29%), the shift from datacentre-focused infrastructure to the cloud (25%) and the move from traditional client-server applications to web-based applications (24%).

In order to adapt and cope, 57% of decision-makers wanted a better understanding of the different types of security threats, 24% called for consolidated management of their different security tools, and 20% wanted a stronger focus on security issues from management.