Server monitoring - some differences between BIG-IP and NGINX 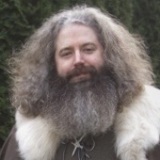 After years of working with BIG-IP, one might think there is only one way to check the status of servers behind a load-balancer. Some recently attended training on NGINX Plus has demonstrated otherwise.

The BIG-IP uses active health checks using one or more Monitors assigned to either a Pool of servers, specific Members of the Pool, or the Nodes themselves. This then causes the BIG-IP to regularly communicate with the servers to see if they are up and available, according to the configuration of the Monitor. By default the BIG-IP does not appear to offer support for determining the status of a Server based solely on the result of a connection attempt. So it would not seem the BIG-IP can mark a server "unavailable" if there is not response to a connection attempt. Instead the BIG-IP will persistently attempt to load-balance connections to a Pool Member until a Monitor marks it Down.

The concept of passive health checks is something the BIG-IP can do. An iRule can be configured to monitor the results of connection attempts to the Pool Members behind a Virtual Server, then make decisions on whether or not to use the Pool Member for additional load balancing decisions.

It is the simplicity with which NGINX has deployed this feature that makes it so intriguing and easy to use. Simply including a bit if extra syntax in the "upstream" context, and NGINX will temporarily ignore a server for a specified period of time.

Learning that a load-balancer could simply stop load-balancing to a server if the connection fails was quite a change in understanding, and is one of the things I like best about NGINX as a load-balancer.