SDN: An architecture for operationalizing networks 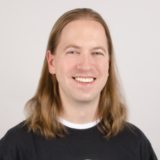 As we heard at last week’s Open Networking Summit 2014, managing change and complexity in data centers is becoming increasingly difficult as IT and operations are constantly being pressured to deliver more features, more services, and more applications at ever increasing rates. The solution is to design the network for rapid evolution in a controlled and repeatable manner similar to how modern web applications are deployed.

This is happening because it is no longer sufficient for businesses to deliver a consistent set of services to their customers. Instead, the world has become hyper-competitive and it has become necessary to constantly deliver new features to not only capture new customers but to retain existing customers. This new world order poses a significant conflict for the operations side of the business as their charter is to ensure continuity of service and have traditionally used careful (often expensive) planning efforts to ensure continuity of service when changes are needed. The underling problem is that the network is not operationalized and instead changes are accomplished through manual and scripted management.

The solution for operations is to move towards architectures that are designed for rapid evolution and away from manual and scripted processes.

Software Defined Networking address these challenges by defining a family of architectures for solving these types operational challenges and operations teams are latching on with a rarely seen appetite. The key to the success of SDN architectures is the focus on abstraction of both the control and data planes for the entire network via open APIs (not just the stateless Layer 0-4 portions).

The first layer of abstraction allows for a centralized control plane system called an SDN Controller, or just Controller, that understands the entire configuration of the network and programmatically configures the network increasing the velocity and fidelity of configurations by removing humans from configuration loop – humans are still needed to teach the Controller what to do. These Controllers allow for introspection on the configuration and allow for automated deployments.  As Controllers mature, I expect them to gain the capabilities of a configuration management system (CMS) allowing for network architects to rapidly revert changes virtually instantaneously.

The second layer of abstraction allows for network architects or third parties to programmatically extend the capabilities of a data path element. This can be as seemingly simple as adding a match-and-forward rule to a switch (e.g., OpenFlow) or as seemingly complex as intercepting a fully parsed HTTP request, parsing an XML application object contained within, and then interrogating a database for a forwarding decision (e.g., LineRate and F5) based on the parsed application data.

Early on SDN proponents, as SDN evolved from a university research project, proposed pure stateless Layer 2-3 networking ignoring the complexities of managing modern networks that call for stateful L4-7 services. The trouble with this approach is that every additional operational domain disproportionately increases operational complexities, as the domains need to be “manually” kept in sync. Recognizing this need, major Layer 2-4 vendors, including Cisco, have formed partnerships with F5 and other stateful Layer 4-7 vendors to complement their portfolios.

With the goal of helping customers operationalize their networks, I offer the following unifying definition of SDN for discussion:

“SDN is a family of architectures (not technologies) for operationalizing networks with reduced operating expenses, reduced risks, and improved time to market by centralizing control into a control plane that programmatically configures and extends all network data path elements and services via open APIs.”

Over the next few months I’ll dig deeper into different aspects of SDN – stay tuned!

Nimbostratus
This is very awesome post. Your article is really highly informative and impressive for all guy. I am appreciate to your article.Thank you by sharing your Idea.Coupon facebook.
0 Kudos

Nimbostratus
F5 are in a good place for SDN with their "strategic points of control". Looking forward to seeing what F5 spin up here.
0 Kudos
Version history
Last update:
‎11-Mar-2014 04:00
Updated by:
John_Giacomoni_