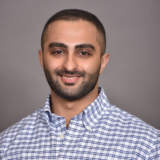 The vulnerability affects the following versions:

An exploit targeting this vulnerability was posted online by a Vietnamese researcher. This easy-to-exploit vulnerability can be exploited by sending a POST request.

According to the researcher, Oracle WebLogic does not perform any authentication on the following end points:

By using double encoding for “../”, the researcher was able to navigate to the path that triggers code execution after bypassing authentication using the /images endpoint.

Malicious request exploiting this vulnerability are shown in the figures below.

ASM customers under any supported BIG-IP version are already protected against this vulnerability.

The exploitation attempt will trigger a violation caused by directory traversal evasion technique and will also be detected by many existing signatures for Java and PHP code injection.