It's All About The 12s: B4450 vCMP Guest Support Adds New Guest Options 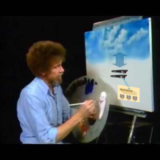 The recent release of version 13.0 enabled a capability on the B4450 which had been dormant up until now: vCMP support. With 13.0, running up to 12 guests per blade is now supported, yielding 96 guests in an 8-slot chassis, the C4800 –  a doubling of the guest density over the previous 4000-series blade, the B4300.While vCMP support was supposed to be part of the features enabled at launch, there was a need for more in-depth testing of vCMP on the B4450 now that a full chassis can support up to 96 guests. The increase in density also makes good use of the higher number of cores and additional RAM available vs the B4300-series.  Here's a comparison of the relative densities and some basic metrics:

Dividing the B4450 evenly creates 12 guests that can simultaneously support all of the modules that TMOS offers without running out of RAM, providing ample opportunity to consolidate older or smaller machines into a single guest or multiple guests to save on overall operational costs, such as rack space or cooling.  For reference, here's how a B4450 vCMP guest compares to some of the older BIG-IP hardware platforms:

**These are just estimations, based on data sheet figures, and are rule of thumb only. Actual performance andconsolidation capabilities should be based on sizing guides which are accessible to F5 SEs and SAs for review with customers**

Enabling vCMP on the B4450 also comes with a bonus feature: Support for guests running 12.1.2 HF1 or later on a 13.0+ hypervisor. Providing this guest support, along with the increased capabilities of the Platform Migration features that will be available in 12.1.3, means that migration and consolidation on a VIPRION with B4450 blades need not be a difficult shift between platforms. As noted above, many of the platforms that have hit or passed the 5 year-old mark do not have support for anything beyond the 12.1.x code train. With the support of the 12.1.2 HF1+ releases as guests on the B4450, there's immediate access to a long-term stability release, lessening the impact in places where version certification takes a significant amount of time while allowing for implementation of advanced features such as per-guest DDoS protection or switch-level, per-guest network rate limiting. Providing this support also maintains F5's history of delivering vCMP support for the latest release of the major version that accompanied the release of the platform.  In this case, the B4450 was released with 12.1, so guest support was extended to 12.1.2 HF1.