How I did it: Leveraging Aviatrix to simplify F5 SSL Orchestrator deployments in public cloud 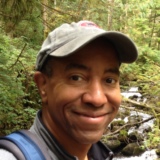 On-premises environments offer you control at every layer, from hypervisor to physical routers, firewalls, advanced services appliances and so forth. You can define layers, zones and route traffic thru them as you like.

However, in the public cloud, the same rich set of networking capabilities may not be present, and this makes inserting F5 SSL Orchestrator transparently in the traffic flow more complex. It can be done, but it requires creating a set of routing table rules that must be maintained.

In this blog post, I’m going to give a high-level walkthrough of how I leveraged Aviatrix to simplify the transparent insertion of F5 SSL Orchestrator into the traffic flow.

What is F5 SSL Orchestrator?

Organizations need to protect critical assets from threats that originate both outside and inside the corporate environment. However, most traffic is now encrypted, and existing security controls are unable to perform decryption at the scale required to enable inspection, leaving critical assets vulnerable. F5 SSL Orchestrator provides policy-based orchestration to enable cost-effective visibility across the full security chain for any network topology, device, or application.

The process of manually maintaining public cloud route tables can be difficult, tedious, and susceptible to human error—making it the ideal candidate for automation. This automation is provided by Aviatrix, which dramatically simplifies VPC-to-VPC, VNet-to-VNet, and even cloud-to-cloud “network plumbing” at large scale.

The Aviatrix cloud network platform delivers the advanced networking, security and operational visibility services required by enterprises, while maintaining the simplicity and automation of cloud.

The Aviatrix gateways manage traffic as it enters and exits to and from a VPC/VNet. Aviatrix can be deployed in AWS, Azure, Google Cloud and Oracle Cloud.

Defining the potentially complex routing needed to transparently insert F5 SSL Orchestrator into the traffic flow can be very challenging. Moreover, as the environment changes, these routing tables will need to be updated.

Aviatrix understands and leverages the public cloud API infrastructure and can dynamically define and adjust the routing tables as needed.

Aviatrix Firewall Network (FireNet) combines the intelligent orchestration and automation provided by the Aviatrix Controller with advanced Aviatrix Transit capabilities to significantly simplify transparent insertion of F5 SSL Orchestrator into the traffic flow. The combined solution eliminates the need for administrators to manually propagate routes and update routing tables when changes are made to the environment.

Additionally, since SSL Orchestrator takes on all SSL/TLS de-encryption and re-encryption that would otherwise be done by security inspection devices, performance improves for those devices as well. For high availability, Aviatrix provides scaling active / active F5 SSL Orchestrators across availability zones. Aviatrix further contributes to overall security effectiveness by preserving source IP addresses that are critical to security policy enforcement.

As this graphic illustrates, due to an Aviatrix inspection policy, traffic from the Dev VPC is first routed to F5 SSL Orchestrator and the service chain before reaching the QA VPC.

This is a high-level walkthrough of what I did to create the deployment pictured above in AWS and not a step-by-step deployment guide. Both the Aviatrix and F5 SSL Orchestrator documentation provide the detailed steps necessary (please see links at bottom of blog).

The steps to create the deployment:

I connected to the newly launched Aviatrix controller via a web browser and, after establishing a new password, was ready to move on to the next steps.

The Aviatrix Transit gateway is the hub part of the Aviatrix hub and spoke architecture and is what provides the “glue” that connects the rest of the pieces together.

My deployment has a single transit gateway, but I could have enabled Aviatrix gateway high availability by simply clicking on a button to enable it and Aviatrix would have launched a second transit gateway. Easy.

Aviatrix calls the feature that simplifies integration of firewall instances into the environment, FireNet – short for “Firewall Network”. It is this feature that is leveraged to transparently insert F5 SSL Orchestrator into the traffic flow.

I used the Aviatrix controller to enable the FireNet feature on the Aviatrix transit gateway created in the previous step by simply clicking the button to enable it.

I used the Aviatrix controller to create the Dev, QA and Prod application VPCs, but I could also have created the VPCs using the AWS console. Each application VPC needs to have a public subnet defined.

In each application VPC, I deployed an Ubuntu instance and then deployed an Nginx web server as well.

Aviatrix spoke gateways are used to connect a VPC to an Aviatrix Transit gateway over an encrypted tunnel and each of the application VPCs need to have a spoke gateway deployed.

My deployment has a single spoke gateway in each application VPC, but I could have enabled Aviatrix spoke gateway high availability by simply clicking on a button to enable it and Aviatrix would have launched a second spoke gateway. Simple.

In my deployment, the Aviatrix Transit gateway is used to route traffic between the different application VPCs and each spoke gateway needs to be connected to the transit gateway.

I used the Aviatrix controller to attach each spoke gateway to the transit gateway. At this point, I was able to access each of the Nginx web server instances from each of the application VPCs.

However, in order for Aviatrix to transparently route traffic to it, F5 SSL Orchestrator does have to be deployed into the Aviatrix Transit VPC that has the FireNet feature enabled.

In order for the traffic to be properly routed by Aviatrix once it has been processed by an SSL Orchestrator service chain, the BIG-IP with SSL Orchestrator must have the default route configured to point to the Aviatrix gateway.

Define F5 SSL Orchestrator as a firewall in Aviatrix

Put one of the spoke gateways in an inspection policy

For my use case, I wanted traffic going in and out of the QA application VPC to be routed to F5 SSL Orchestrator so that the services in a security chain could scan the cleartext traffic for threats. I did this by simply selecting the QA spoke gateway in an Aviatrix inspection policy.

Once the traffic has been processed by the service chain(s) defined in F5 SSL Orchestrator, the traffic is sent back to the Aviatrix gateway which then routes the traffic to its original destination.

I never had to know or understand which route tables had to be modified or what specific routes were needed to insert F5 SSL Orchestrator transparently into the traffic flow. Aviatrix took care of all the messy details for me.

Did someone say multi-cloud?

The walkthrough I’ve documented is all within AWS, but Aviatrix works with AWS, Azure, Google Cloud and Oracle Cloud. Just as I did in AWS, I could have replicated the exact same deployment in the other public clouds. More to the point, I could also establish connectivity between two or more cloud providers with Aviatrix providing the encrypted tunnels and routing between them. So, multi-cloud is no more difficult to configure than a single cloud.

As I have shown through this blog post and walkthrough, the class-leading SSL decryption and security service chaining capability of F5 SSL Orchestrator together with the advanced, dynamic public cloud routing features of Aviatrix, makes for a stellar combination that is both powerful, yet simple to implement at the same time.