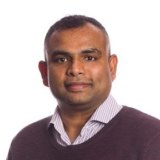 The Secure Sockets Layer (SSL) protocol and its successor, Transport Layer Security (TLS), have been widely adopted by organizations to secure IP communications, and their use is growing rapidly. While TLS/SSL provides data privacy and secure communications, it also creates challenges to inspection devices in the security stack when inspecting the encrypted traffic. In short, the encrypted communications cannot be seen as clear text and are passed through without inspection, becoming security blind spots. This creates serious risks for businesses: What if attackers are hiding malware inside the encrypted traffic?

However, performing decryption of TLS/TLS traffic on the security inspection devices, with native decryption support, can tremendously degrade the performance of those devices. This performance concern becomes even more challenging given the demands of stronger, 2048-bit certificates.

The F5 and Cisco integrated solution enables organizations to intelligently manage SSL/TLS Traffic while providing visibility into a key threat vector that attackers often use to exploit vulnerabilities, establish command and control channels, and steal data. Without SSL visibility, it is impossible to identify and prevent such threats at scale. F5 SSL Orchestrator intercepts both outbound and inbound traffic. Other security services like DLP (using ICAP), IPS, and HTTP(s) Proxies  can also be deployed alongside Cisco FTD when configured in a service chain within the decrypt zone. Cisco FTD supports both Inline (Layer 2 and Layer 3) and TAP mode of operation. In this example solution, Cisco FTD is configured as Layer 3 / routed hop.

I. Bill of Materials

When a Cisco FTD is deployed as an Layer 3/ routed hop, we recommend configuring its IP addresses for interface in the inside zone and interface in the outside zone, from default fixed addressing subnets, provided by SSL Orchestrator, that are derived from a RFC2544 CIDR block of 192.19.0.0. This minimizes the likelihood of address collisions.

In this example,  the Cisco FTD is configured with IP address 198.19.64.61/25 on the interface in the inside zone (connected to SSL Orchestrator ‘To Service’ VLAN)  and 198.19.64.161/25 on the interface in the outside zone (connected to SSL Orchestrator ‘From Service’ VLAN). You will also need to configure static routes to the internal networks with 198.19.64.7 as the next hop and a default route to the Internet with 198.19.64.245 as the gateway. The table below explains the IP addresses that you need to configure when deploying multiple FTDs in the service pool.

Configure the interfaces with IP addresses and assign them to Inside and Outside zones.

Also, configure the default route to internet with IP address on the ‘To Service’ VLAN of the SSL Orchestrator (198.19.64.245) as the gateway.

In the service catalog, double click on the  Inline L3 service and configure the service settings: service name, VLAN pair and port remap.

The ‘To VLAN’  and the associated interface define the network connectivity from SSL Orchestrator to the interface in the inside zone on the Cisco FTD.

The ‘From VLAN’  and the associated interface define the network connectivity from SSL Orchestrator to the interface in the outside zone on the Cisco FTD.

For the Cisco FTD to recognize that the steered traffic has been decrypted, it needs to be sent on a non-443 TCP port.

Using the service catalog, create additional security services as required, before proceeding to the next step.

The configuration summary page presents an expandable list of all the workflow-configured objects. Review the setting and click the Deploy button to deploy SSL Orchestrator.

Navigate to http://www.eicar.org/ and download a malware test file via HTTP and HTTPS links from the client.

The joint solution from F5 Networks and Cisco brings together the best of application delivery and advanced malware protection to help you identify and stop even the most sophisticated attacks, whether in the data center or at the perimeter of your network. Together, we help you accelerate business growth while decreasing the risk of security breaches.