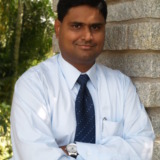 As early as 2013, Gartner talked of the revolution sweeping the world of mobile payments.

Yet another survey conducted by SAP in 2013 revealed:

Against this context, it is hardly surprising then that in 2013 alone, Southeast Asia saw investments to the tune of at least $638 million in the field of e-commerce.

International e-commerce giants such as Rocket Internet, Japan’s Rakuten and China’s Taobao have landed on the shores of Southeast Asia. While the initial focus has been on drawing traffic to their online web stores, it is only a matter of time before they start marketing their mobile apps to leverage on the growing affinity for mobile payments and transactions. Line, a messaging app that has 300 million registered users worldwide and 14 million active users in Indonesia alone, is yet another possible mobile commerce giant.

Online shopping is slated for continued growth and evolution.

The rise of the millennial

The rise of the mobile commerce can be directly attributed to the rise of the mobile generation, commonly called the Gen Y & Z or the millennial, who are spearheading this disruption in the way we work, live and play. Fuelled by the need to consume content and purchase on the go, the millennial are likely to own multiple mobile devices. Increasingly they are turning out to be the darlings of all online shopping powerhouses. With a few taps on their smart device, the millennial are spending millions of dollars on everything from music to fashion. They are also building an ever-expanding social network, spurring more socially influenced spending.

This scenario of changing demographics driving changing consumption trends, e-retailers as well as enterprises are seeing a sharp increase in expectations of having to adapt to the millennial as consumers and employees.

As consumers, the millennial will expect secure access to services from any device. With web applications under increasing attack, fraud prevention will be top of mind. In addition retail sites will have to focus on performance, enhancing mobile and web application responsiveness to enable seamless access and security. Studies have shown that consumers will only wait for 3 seconds for a web page to load before moving to a competitors’ site. Amazon, in fact, estimates a 1% increase of revenue for every 100ms of improvement in page load times.

F5's take on the changing demographics

In an apps world, it is essential that the delivery and the security of applications in the enterprise are optimized at all times to help organizations seamlessly overcome the challenges outlined above. F5 has gone a step further to provide the various services that an application needs to address application mobility, security, access and identity, performance and availability challenges. – F5 Synthesis!

In a world driven by the quest for doing “everything on the move”, where the end-user experience is paramount regardless of location, network, device, or application environment, the Synthesis architectural framework from F5 Networks just works.

Here is a visual that will explain and clarify.