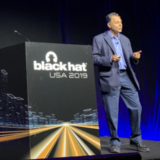 Editor's Note: The F5 Beacon capabilities referenced in this article hosted on F5 Cloud Services are planning a migration to a new SaaS Platform - Check out the latest here.

Application Programming Interfaces (APIs) enable application delivery systems to communicate with each other. According to a survey conducted by IDC, security is the main impediment to delivery of API-based services. Research conducted by F5 Labs  shows that APIs are highly susceptible to cyber-attacks. Access or injection attacks against the authentication surface of the API are launched first, followed by exploitation of excessive permissions to steal or alter data that is reachable via the API. Agile development practices, highly modular application architectures, and business pressures for rapid development contribute to security holes in both APIs exposed to the public and those used internally.

API delivery programs must include the following elements : (1) Automated Publishing of APIs using Swagger files or OpenAPI files, (2) Authentication and Authorization of API calls, (3) Routing and rate limiting of API calls, (4) Security of API calls and finally (5) Metric collection and visualization of API calls. The reference architecture shown below offers a streamlined way of achieving each element of an API delivery program.  F5 solution works with modern automation and orchestration tools, equipping developers with the ability to implement and verify security at strategic points within the API development pipeline.  Security gets inserted into the CI/CD pipeline where it can be tested and attached to the runtime build, helping to reduce the attack surface of vulnerable APIs.

Enterprises need to maintain and evolve their traditional APIs, while simultaneously developing new ones using modern architectures. These can be delivered with on-premises servers, from the cloud, or hybrid environments. APIs are difficult to categorize as they are used in delivering a variety of user experiences, each one potentially requiring a different set of security and compliance controls.  In all of the patterns outlined below, NGINX Controller is used for API Management functions such as publishing the APIs, setting up authentication and authorization, and NGINX API Gateway forms the data path. Security controls are addressed based on the security requirements of the data and API delivery platform.

Business APIs that involve the exchange of sensitive or regulated information may require additional security controls to be in compliance with local regulations or industry mandates. Some examples are apps that deliver protected health information or sensitive financial information. Deep payload inspection at scale, and custom WAF rules become an important mechanism for protecting this type of API. F5 Advanced WAF is recommended for providing security in this scenario.

Mobile App users who are dispersed around the world need to get a response from the API backend with low latency. This requires that the API endpoints be delivered from multiple geographies to optimize response time. F5 DNS Load Balancer Cloud Service (global server load balancing) is used to connect API clients to the endpoints closest to them. In this case, F5 Cloud Services Essential App protect is recommended to offer baseline security, and NGINX APP protect deployed closer to the API workload, should be used for granular security controls. Best practices for this pattern are described here.

F5 service mesh technology helps API delivery teams deal with the challenges of visibility and security when API endpoints are deployed in Kubernetes environment. NGINX Ingress Controller, running NGINX App Protect, offers seamless North-South connectivity for API calls. F5 Aspen Mesh is used to provide East-West visibility and mTLS-based security for workloads. The Kubernetes cluster can be on-premises or deployed in any of the major cloud provider infrastructures including Google’s GKE, Amazon’s EKS/Fargate, and Microsoft’s AKS. An example for implementing this pattern with NGINX per pod proxy is described here, and more examples are forthcoming in the API Security series.

F5 solutions can be leveraged regardless of the architecture used to deliver APIs or infrastructure used to host them. In all patterns described above, metrics and logs are sent to one or many of the following: (1) F5 Beacon (2) SIEM of choice (3) ELK stack. Best practices for customizing API related views via any of these visibility solutions will be published in the following DevCentral series.

DevOps can automate F5 products for integration into the API CI/CD pipeline. As a result, security is no longer a roadblock to delivering APIs at the speed of business. F5 solutions are future-proof, enabling development teams to confidently pivot from one architecture to another.

To complement and extend the security of above solutions, organizations can leverage the power of F5 Silverline Managed Services to protect their infrastructure against volumetric, DNS, and higher-level denial of service attacks. The Shape bot protection solutions can also be coupled to detect and thwart bots, including securing mobile access with its mobile SDK.