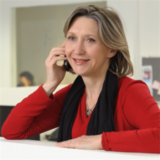 This is written by a Guest Blogger, Ohad Ramot, Principal Software Engineer at F5

Indeed, LTE (4G) networks are spreading rapidly and are being deployed all over the globe. However, most of the networks out there are based on 2G/3G technology, and it seems they’re here to stay for awhile. This requires operators and roaming mediators (IPX) to face the challenge of maintaining and interacting with both network architectures in parallel. 4G networks are growing, while 2G/3G networks still serve most of the subscribers as they have been doing successfully for the last decades.

4G and 2G/3G network architectures differ in many aspects. One of these differences is the signals mechanism which allows network nodes to interact with each other for authentication, billing, subscriber profile provisioning and more. While 2G/3G signaling mechanism is based on SS7 protocol stack, 4G networks use the relatively modern Diameter protocol on top of TCP/SCTP/IP stacks. Although both signaling methods provide solution to the same set of problems, they stem from different architectures and design philosophies.

As a result, many 2G/3G network elements cannot interact directly and seamlessly with 4G network elements. A solution is needed for all those cases where this inter-network communication is required.

Common examples for such scenarios could be:

An interworking Function (IWF) solution enables an LTE network to have an extension towards an SS7 network. It provides the capability to translate Diameter signals to their corresponding signals on MAP and vice versa. This translation is based on 3GPP organization specification.

However, the challenges faced during the development were not only “translate this attribute on MAP to that AVP on Diameter” but involved the different behavior of the application, for example, a DRA like our F5 Signaling Delivery Controller (SDC) has to behave like a 4G network node when it interacts with a 4G network, while simultaneously behaving like a 2G/3G network node, on its other interface.

An example for this “behavioral translation” (which is beyond mere protocol conversion) are some flows of simple Diameter transaction of Request-Answer, which turn into complex flows containing several requests and answers dialog between IWF and its SS7 peer. Some of these different behavioral aspects were not even covered or defined in any spec and we had to invent our own ways to implement them.

And as always, keeping the future in mind, our current design of the solution has enough flexibility to be enhanced for some more SS7-wise applications besides mere Diameter-SS7 interworking. One example of such enhancement is enabling our SDC to act as an enhancement of 3G STP for smart manipulations of MAP messages, which the latter cannot do.  Another example is to make SDC translate RADIUS authentication on requests from Wi-Fi domain to 3G HLR on traditional telephony domain.

To summarize, the development process of such an application gives developers the opportunity to be pioneers, creatively think of solutions and overcome new challenges. We believe that having the F5 SDC act as a bridge between the new and the old worlds of telephony signaling enables F5 to enlarge and strengthen our footprint in this very important domain.