Update: The signature mentioned in this article have been released as part of an Attack Signature Update.
You may head to https://downloads.f5.com to download the file manually, or use the automatic update feature in ASM.

You can find details regarding this bash vulnerability on the Red Hat security blog:

In a typical exploit, the payload is sent through a header (typically Cookie, Referrer or User-Agent) and takes advantage of the way the web server saves the data in that request to environment variables.

A malicious request will attempt to fool the bash parser by sending a payload that will invoke a system command, for instance:

The string "() { :;};"  means it is a function declaration.
The string is followed by various shell commands – in our case it is execution of the "ls" command.

The following signature will catch attempts to exploit this CVE:

This signature is compatible with all BIG-IP versions.

To prevent any other potential exploitation attempts via the URL or a parameter, two additional signatures can be used:

Note: The signatures have been updated to catch exploit attempts in all their variations.

It is important to note, that all attempts to exploit this vulnerability via HTTP parameters and several known exploits via the HTTP header are already mitigated using existing "command execution" and "predictable resource location" signatures.
Exploits via the Cookie header will encounter the "Cookie not RFC-compliant" violation.
You need to make sure they are enabled and are not in staging.

To protect your application, create those user-defined signatures and associate them with the relevant security policy.
Make sure that the signatures are not in staging. 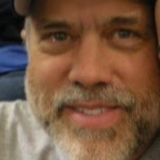 Nimbostratus
what is this you suggest we need to do? everyone needs to hack a custom solution? and is this for ASM only?

Nimbostratus
Hi Brad, Correct - these signatures are for ASM only. If you have ASM you may simply download the latest signature file from https://downloads.f5.com/, or use the automated signature update feature in ASM. Doing so will save you the need of creating these signatures as user-defined, as they are already included in an official product patch.

Nimbostratus
We are only using the generic signature sets by default and i dont see these new signatures in the generic set. I assume we will need to create a custom set and apply it to each policy?

Nimbostratus
i dont see them in the generic set, after downloading and installing the update.

Nimbostratus
Hi Jonathan, This signature shouldn't appear in the generic signature set, as this one contains only generally applicable signatures. For example, you will find cross-site scripting, SQL injection (common syntax) and malicious user-agent signatures in that set. The Shellshock signature only applies to the Unix/Linux operating system. Therefore you should create a new signature set with the Unix/Linux system and apply it to the relevant policies. This way you will be protected against Shellshock, as well as other attacks that target this operating system.
Version history
Last update:
‎27-Sep-2014 13:04
Updated by:
Nir_Zigler_7297