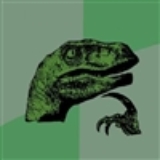 This snippet allows you to use "identity based" rules on a CheckPoint firewall to manage the permissions for users connected by SSL VPN with F5 APM.

Usually, when deploying SSL VPN with F5 APM, you need to use F5 ACL to manage the permissions for the VPN users defining which user or group is allowed to reach which servers or networks. These rules may be duplicates of existing rules implemented in the core firewall of the company. Since the mappings (username, assigned VPN IP) is known only by F5, it is impossible for the core firewall to apply the proper filtering based on users identity.

The idea with this snippet is to be able to manage all the rules centrally on the CheckPoint firewall such as the following :

This snippet allows this kind of rules defined in a CheckPoint gateway to work also when the users are connected with F5 APM SSL VPN.

We are using the new CheckPoint R80 Web API to spread the association (username, assigned VPN IP) to the CheckPoint gateway. Indeed, the VPN connection follows the following steps :

By default, the WebAPI is not enabled in a CheckPoint gateway, you need to first configure it. The configuration is simply setting up which source IP are allowed to use the API and defining a secret for each client. It is done in the gateway object from the Smart Console :

To validate the WebAPI is working, you can use the following bash command on F5 :

Once you've validated the CheckPoint WebAPI is working and the F5 SSL VPN is ready, the needed configuration to integrate F5 with CheckPoint is composed of the 4 following steps :

After having applied the iRule, every new VPN connection should append the following line in the log file /var/log/ltm on F5 :

Moreover, all your existing "identity based rules" in CheckPoint must now work with clients connected through the F5 VPN.

For this configuration we made two assumptions :

Great article: could you please share the Irule for HTTP Super Sideband Requestor? The download link does not work anymore.

I think it is this one