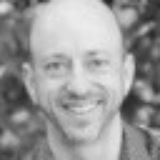 iApps are powerful tools.  Used by roughly one third of all F5 customers, they perform input validation and apply complex business logic for configuring a wide variety of applications.   They hide complexity, sometimes driving hundreds of configuration parameters with just a handful of input values.  They also provide deployment guidance, reducing the need for documentation and training.  But iApps are often misunderstood and misused, sometimes with frustrating consequences.

It is helpful to understand the difference between an iApp and a wizard.  A wizard is usually a script with a GUI.  It is a tool that accepts a set of user inputs and performs a one-time procedure.  When run twice, a wizard performs exactly the same steps during its second run as it did during its first.  Although an iApp is also a script with a GUI, it behaves differently on re-entry.  Unlike a wizard, an iApp maintains a relationship to the configuration that it generates.

On initial deployment, an iApp builds a configuration as directed by the TMSH commands in the iApp’s implementation section.  On reconfiguration, the iApp framework again runs the implementation, but does not immediately submit the result to BIG-IP.  Instead, it first compares the desired (new) configuration with the existing (old) configuration.  All similarities are dropped from the workload.  If existing elements are missing from the desired configuration, the framework automatically prepares delete requests for those elements.  In the end, the changes submitted to BIG-IP are the minimum necessary to accomplish the desired configuration.  TMSH “create” commands used to build config on the initial deployment are automatically changed to “modify” on re-entry.  This mechanism, known as “mark-and-sweep,” reduces a scripted change set to its net effect, often allowing iApps to reconfigure BIG-IP with no disruption to data plane traffic.

As noted above, an iApp tags all of the configuration objects under its control and BIG-IP prevents users from modifying these objects outside the iApp.  This restriction, called “strict-updates”, can be disabled.  The negative consequences of this action are often underestimated.

To illustrate the typical frustration, consider a simple iApp that accepts 2 inputs and constructs a virtual server with a custom HTTP profile:

Suppose you deploy this iApp with X-Forwarded-For enabled, then disable strict-updates and edit the HTTP profile directly as shown:

Consider another change, this time to the virtual server:

Disable address translation, then re-enter and re-deploy the iApp again.  What is the result this time?  You might expect your customization to be overwritten as it was in the previous example.  In this case, however, address translation remains disabled.  The TMSH “modify” command does not handle defaults consistently across all key-value pairs.  This makes tampering with an iApp-enforced configuration especially hazardous.

Hopefully, this article provides some insights that will help you use iApps to your best advantage.  An iApp is a scripted management tool that is dedicated to an application for life.  If you find yourself wishing to disengage the iApp and tamper with its configuration, instead consider modifying the iApp code to accomplish your goals.  If you absolutely must disable strict-updates, do so with crystal-clear expectations for managing that application going forward.

Nimbostratus
This is really a great article. Could you add up more to this, in the sense that at time there is need to manually change the configuration outside of iApp. What would be the key point to keep in mind while doing so.

Historic F5 Account
If you have the need to manually change the configuration outside the iApp, there are at least 3 ways to protect yourself. One way is to prevent subsequent reconfiguration by changing the Template field in your iApp to "None - Do not use a template". Henceforth, nobody will be able to modify the iApp, and therefore nobody will overwrite your manual configurations. A second, more radical option is to completely disassociate your config from the iApp using the iApp Deconstructor (see https://devcentral.f5.com/s/articles/iapp-deconstructor). The Deconstructor is not fully tested or supported as of March 2016, and is only for advanced users. The down side to both of these options is that you can no longer use the iApp to manage your config. If you wish to safely manage your config with the iApp, have outside changes to make, and do not wish to customize any iApp code, you must build an internal process whereby you keep a list of changes made outside the iApp and re-apply them after each time the iApp is reconfigured. You may learn by iteration that some changes need not be applied each time, but as I explained in the article, there is no easy way to know without checking.

F5 Employee
Disabling strict updates is an easy button but carries a lot of risk. Short of iApps that create Access Policies, most of the objects you might consider altering can be configured to use an object already in your configuration. Example, You have a custom HTTPS monitor that took some significant time to create and test for your app, you could go into the reconfigure panel and choose advanced, which should allow you to select existing objects like your HTTPS monitor. This allows the customization, but it's only downside is that the configuration object is not protected as a part of the Application service. This makes for a much more sustainable operational environment.
Version history
Last update:
‎03-Mar-2016 07:22
Updated by:
Fred_Slater_856