The State of the LTE Market Today 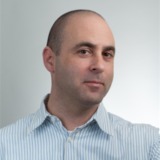 One of the main success factors of LTE roll out and LTE services is  the quality of an operator’s Diameter signaling solutions.

Allow me to explain.

Today, LTE devices, including smart phones, tablets, dongles etc. are generating an unprecedented volume of signaling, up to 100x the amount of signaling we are used to experiencing in legacy networks.

Signaling is the network’s internal communication system, and the language that signaling “speaks” in LTE is called Diameter Protocol, an IP-based stream control transmission protocol. The Diameter Protocol plays a connecting and routing function among LTE networks and inside the network between the different network nodes.

LTE was designed on the drawing board as greenfield technology, replacing existing legacy 2G, 2.5G, and 3G networks and building new 4G networks from scratch. Keep in mind however, that in telco there tends to be more evolution than revolution. So, in practice, next-generation elements are deployed side-by-side with existing legacy network functionalities. This two-generation hybrid complicates the network by filling it up with a patchwork of technologies, interfaces, and protocols. And this complication—referred to as network fragmentation—is extremely costly if not handled properly. Minimally, it requires connectivity between the LTE interfaces, protocols, and elements, as well as connectivity between the new and legacy components.

In addition, there is the huge task of simplifying this network spaghetti, and only a robust Diameter signaling router can succeed here.

Now back to the LTE devices. Many are designed with power-saving mechanisms to preserve battery life. However, simply touching the device catalyzes signaling. Many consumers leave several applications open, such as mobile games and social networking sites—and this causes constant, massive signaling.

The “always-on” state of LTE devices is constantly pinging the network with signaling, creating a greater volume of signaling messages than ever experienced by a network.

The high level buzz around LTE speaks about an enhanced multimedia, personalized, and interactive experience. More specifically, LTE is expected to deliver advanced services and charging schemes such as family data plans, tiered data plans, video optimization, and faster speeds of mobile data. Each one of these improvements involves complicated “back-office” support in the network.

Each LTE service comes with a complex navigation route among network elements like PCRFs (policy charging & rules function) that tell the network what level of data plan has been purchased by the subscriber; OCS (online charging system) elements needed to serve prepaid customers; and BSS (business support systems) elements that are connected to data centers across vast geographic areas and require signaling to deliver the billing charges to the correct data center. In short, it is the Diameter signaling router (more commonly known as DRA) that ensures that the correct information about the right subscriber is transmitted to the designated server in the network.

In both scenarios, LTE networks experience a bombardment of signaling at unprecedented levels. This signaling must be managed, or it will upset network performance significantly or bring network operations to a halt.