The Revolution Towards a Software Defined Everything. 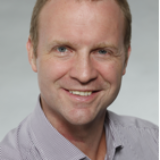 Broadly, the revolution towards a software-defined infrastructure revolves around splitting the hard-wired material that executes data transactions from the software layer that commands them. It is a little bit like a mind/body split, with the theory that by keeping the mind in top shape, the underlying body will require less upkeep and may be cheaper to service.

The IT arena is certainly moving towards a software-defined future. According to IDC, that last twelve months has been the growth spurt for SDN, with most telecom equipment vendors announcing and starting to deliver first generation SDN product enhancements. However, in these early stages, IDC also found the various vendor approaches to SDN fragmented, with different vendors still leveraging proprietary architectures for their products. In the year ahead, IDC is predicting that multi-vendor offerings will start to emerge.

But we are still in the early stages of the path to SDE. There are two key things driving the journey from SDN to SDE. The first is the business driver. End-user expectations and business demands have largely driven the way data centres are now set up and managed.

This paradigm shift is being aided by the second driver: technological developments and government policies in vertical industries such as financial services or the public sector, particularly driven by the need to generate greater efficiencies, adhere to strict industry regulations and protect against sophisticated security attacks, at a lower cost to the business.

SDDC is a critical part of the growing wave of software-defined technology. Its emergence has stemmed from a need for greater operational efficiency and management simplicity, and sees software increasingly performing functions traditionally provided by hardware. It has coincided with the emergence of the Software Defined Fabric (SDF) that goes beyond the traditional abstraction of the networking layers, and sees auxiliary services, such as security and the application layer, embedded across the fabric.

F5 has taken the same principles applied to SDN (which primarily addresses Layers 2-3 in the network), and deployed them to the application layers (Layers 4-7), providing Software Defined Application Services (SDAS). These are services deployed in the network between the end-user and the application. SDAS provide application owners with the ability to address application mobility, security, access and identity, performance and availability challenges architecturally.

Now that the software-defined movement has emerged in response to demands by organisations for a more flexible, scalable, cost-effective, agile environment to address end-user, regulatory and business requirements, SDN is something every channel player needs to be aware of, and understand.

Meanwhile, the all-encompassing, SDE is in its infancy. It will certainly be a trend that continues to take shape and therefore an important one for the channel. Ultimately, SDN enables networks to be more flexible, scalable, cost-effective and agile. It improves deployment times for new applications and services. As businesses move to a more cloud-based and virtual environment service providers will need networks that have all these features. Which is why cloud providers and telcos, are top of the queue for SDN deployments and are driving the path to an SDE future.