The Growth of the UK’s Government Digital Service (GDS) 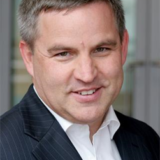 The growth of the Government Digital Service (GDS) has been of great interest, and despite rumblings of concern from some quarters in government they are getting things done quickly and bringing some new ideas to the challenges of agile public service delivery.

There are some interesting parallels to the BBC here which are worthy of note because if the government get this right we can expect a great deal of creative output that will enhance the citizen experience of government at a time when it needs it most.

It is critical that the government can marry the individual skills sets and interests of the politicians, the civil servants and the new media people in the same way that the BBC has done so successfully over the years. The ability of these three diverse groups of people to work as a cohesive team to a common aim will be instrumental to the success of the Government Digital Service and the experience of the citizen in dealing with government as a whole.

I once was the BBC Account Manager for a major US technology company during the Greg Dyke era and it was a time of considerable change with the rapid rise of the internet, changes from analogue to digital broadcasting, and significant cultural change at the corporation.

I was lucky enough to host Greg and his Directors on a fact finding trip to the US looking at corporate culture and change. There were significant learnings that the BBC Directors took from the trip, not least that corporate culture is driven from the top and by example. However, what fascinated me more was the way the BBC themselves stimulated the collaboration of three distinct cultures in its output by valuing and leveraging the capabilities of each group. At the time we called these three cultures, The Luvvies, The Suits, and The Geeks, terms that were not intended to be derogatory in any way but did define some basic behaviours that are worth comparison.

The Luvvies were the creative arts community focused on the production and delivery of world class material and they were interested in the high quality output of the corporation to the audience.

The public sector comparison in current times is clearly The Politicians who are interested in the delivery of world class leading edge policies to their audience, the voting public.

The Suits were the civil servants who managed the budgets, allocated resources, and operated the business side of the corporation that underpinned the work and the output of The Luvvies. They were strong business people focused on delivery but often constrained by rigid processes and procedures.

The public sector comparison is clearly The Civil Servants, who manage the business of government for the politicians and deliver the policies. Interestingly, the BBC Head of IT at the time was the late and missed Philip Langsdale who worked incredibly hard at change at the corporation and had started to make a similar impact at the DWP.

The Geeks were the creative technical community who invented, designed and deployed leading edge technical solutions that kept the BBC at the cutting edge of their industry despite substantial budgetary constraints.

Mostly squirreled away at Kingswood Warren, they invented such things as Noise Cancelling Microphones, NICAM, and Digital Radio. More important in our context, they built BBC Internet Services to carry world class broadcast and online material. I remember watching the Twin Towers burning on BBC News and it was the only online news site that stayed up and functional during that terrible day, thanks to the skill of the Geeks.

The public sector comparison to this group is the Government Digital Service team. Like The Geeks, the GDS as a media team are used to being very creative and agile, less constrained by process and dogma and in need of getting things done quickly. The pace of Gov.UK adoption is an example of its potential but their impact on public services could only just be starting.

The point about the Luvvies, Suits and Geeks is that although they are distinct cultures within the BBC with very different characteristics, skillsets and ways of working, the corporation has found a way to get the best from each and to harness their combined expertise to deliver the world class content that defines the BBC.

It’s a tripartite environment that works incredibly well because the BBC respects their individual identities and contribution and because the corporation harnesses their expertise to meet the corporations goals for distinct output.

In a study from IBM's Institute for Business Value on 'Opening up government', one of the key areas requiring strategic investment is the Digital Platform, and so GDS is core to the coalitions' aim to make government more open and transparent, as well as to save considerable amounts of money. The debate and subsequent referendum on EU membership could be a defining moment for the GDS, proving its ability to have an impact on Open Government.

Furthermore, the ability of the Cabinet Office to knit GDS into the fabric of The Politicians and The Civil Servants, so that their creativity is encouraged, channelled and developed, will be key to their ultimate success.

I, for one, am intrigued to see how GDS will develop over the coming months and wish them well.