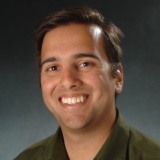 Before the memories fade, I wanted to get my thoughts out on this years NodeSummit conference, which took place at the Mission Bay convention center in San Francisco.  The run up to the conference was a whirlwind with the LineRate team working extremely hard to support the launch, which included a sponsored workshop, a main stage talk, a hackers lounge, and, most importantly, a new release of LineRate with a bunch of new features, bug fixes, new Node.js APIs, and a forever free tier that anyone can download (see linerate.f5.com).

My main takeaway from the conference was the overwhelming interest from various large enterprises, beyond just the classic poster children for Node.js (e.g., Walmart, eBay, etc.) that we've heard about over the last 2 years.  I had numerous conversations at the booth where engineers talked about working within large organizations to deploy complex Node.js applications in production, and how they were replacing legacy systems with Node.js.  Side conversations with several prominent Node.js vendors affirmed my suspicion - Node.js is breaking in to the enterprise in a major way.

From a technical perspective, I was also really impressed.  First, the Node.js core team is working on some really exciting improvements to Node.js which should dramatically improve performance for many use cases, and greatly improve the Node.js internals.  I was also impressed with the technical acumen of the NodeSummit attendees. First, you could see the deep technical interest in the material. Almost all the main stage talks were incredibly well attended.  At many shows, the hallway conversation is more interesting than what's going on on-stage, but not here.

Second, the developers assembled at NodeSummit had an unusually deep understanding of their application infrastructure and how it relates to the network and storage systems.  Many people who were doing large Node deployments really understood the LineRate message and how we fit in to the ecosystem, and how we could make their applications better and easier to deploy.  I was really pleased to see that my talk discussing the LineRate product and its Node.js programmability was well received.  It was hard to read the audience because of the blinding bright lights on stage, but I took it as a good sign that I couldn't even make it back to the booth because I got stopped in the hallway so many times with questions about LineRate and our Node.js integration.

Overall, I left NodeSummit really excited about the future of Node.js. Over the coming months, I'm especially looking forward to working on all the interesting customer use cases attendees brought to the LineRate team.