Security Sidebar: How To Kill A Drone

Drones are all the rage right now…all the cool kids have one, and rightfully so.  If you can attach a camera to it and make it fly hundreds of feet above the earth, it’s automatically awesome in my book.  While many people are fans of drones and their ability to bring amazing photo and video footage, not everyone is a fan of the privacy boundaries that these devices inevitably push.

Earlier this year, I read about a guy in Kentucky who shot down a drone that had flown over his property line and was hovering around his deck.  In his mind, the decision was easy: get a shotgun loaded with #8 birdshot, point it at the nosy drone, and pull the trigger a few times.  Problem solved, right?  Well, when the drone owners rolled up to his house a few minutes later, they got a little testy and demanded to know if he was the one who had shot down their drone (worth $1,800).  The guy’s response is my favorite part of the story…he said “If you cross that sidewalk onto my property, there’s going to be another shooting.”  Unfortunately, he was arrested that evening for criminal mischief and wanton endangerment, although he was released the next day.

You may think that only shotgun-loving hunters from Kentucky are the ones shooting down these drones, but not so.  Last year, a man in California shot down his neighbor’s homemade drone during the Thanksgiving holiday break.  The man pulled the trigger on his shotgun one time to bring down what he could only describe as a “CIA surveillance device.”  Nothing says “Happy Thanksgiving” like a 12-gauge to your neighbor's hexacopter.  The drone owner and the shotgun-wielding skeptic exchanged a few emails as the drone owner attempted to salvage payment for the damaged parts of his drone.  Ultimately, they went to a small claims court and the drone owner was awarded $850.

If you think a 12-gauge shotgun and a box of shells is the answer to your drone problem (certainly, this company thinks so), allow me to propose another way.  At this year’s DEF CON, two different presenters showed how you could hack into a drone and send it crashing to the ground.  Many drones offer open wifi, so anyone with the free drone app can pair with the drone in flight.  Using a “de-auth” attack, you can disconnect control of the drone from the original operator and take control yourself while the first guy is attempting to re-connect.  During that little (or big) time window, you can fly the drone wherever you want.   Additionally, one of the researchers found that he could use an open telnet port on the Parrot A.R. Drone to gain access to the drone and kill flight processes.  Finally, some drones use an open FTP server to transfer pictures and video to/from the drone, and anyone who could remotely gain access to said server could remove and replace media files on the drone.  One could also imagine modifying the “return-home” feature of the drone and tell it to return to a location other than home.

Of course, if you're a drone owner, you'll want to be aware of the possible vulnerabilities of your drone so that you don't experience these problems from nefarious or disgruntled users.

I’m not saying that you should take out a drone just because you can.  But, I am saying there’s possibly a better way than using a 12-gauge shotgun. 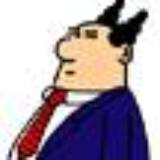 Nimbostratus
Saw this in a technical article and here: http://www.telegraph.co.uk/technology/news/11920094/Death-ray-can-take-out-airborne-drones-from-up-to-five-miles-away.html The British are using a high powered transmitter to Jam drones. I imagine a high power RF source in the drones operating frequency (Often 2.4 GHz) connected to a high gain antenna would overwhelm the front end of the drone's radio, causing the operator to lose control, sort of a DOS attack. The FCC frowns on this sort of thing. Cell Phone jammers are illegal in the US.
0 Kudos

Nimbostratus
Obviously somebody else has thought of this solution. See here: http://www.battelle.org/site/dronedefender-video Once you get the drone below LOS the remote user cannot control it.
0 Kudos
Version history
Last update:
‎08-Oct-2015 14:05
Updated by:
ltwagnon