New in the v13 release of the BIG-IP Advanced Firewall Manager is the capability to insert a packet trace into the internal flow so you can analyze what component within the system is allowing or blocking packets based on your configuration of features and rule sets.

If you recall from our Lightboard Lesson on the BIG-IP Life of a Packet, the packet flow diagram looks like this:

The packet tracing is inserted at L3 immediately prior to the Global IP intelligence. Because it is after the L2 section, this means that a) we cannot capture in tcpdump so we can’t see them in flight and b) no physical layer details will matter as it relates to testing. That said, it’s incredibly useful for what is and is not allowing your packets through. You can insert tcp, udp, sctp, and icmp packets, with a limited set of (appropriate to each protocol) attributes for each.

To get to the packet trace utility in the GUI, navigate to Network->Network Security->Packet Tester as show below.

Note: In v13.1 this feature has been moved to Security -> Debug -> Packet Tester.

This will launch the packet testing tool as shown here:

Note with this tcp selection, in addition to setting the flags, you can configure the source and destination ip/port, source vlan, and trace options as it relates to policy and logging.

An example packet trace shows the output of the trace after it completes:

You’ll notice here that IP Intelligence and DoS have no beef with the packet, but there is no virtual match so the default action at the end of the path is to reject.

Note that you can also use the packet trace utility in tmsh. The command is tmsh show net packet-tester security and results in an output like below.

And because of tmsh, you can easily script packet generation with bash or even a tmsh script if you’re feeling the Tcl love.

Basic visibility tools like the packet tester are great additions to the BIG-IP AFM. Whether it’s for testing new rules, validating existing ones, or simply throwing a bone over the fence to your operational security team to know where in your configuration an isolated action is being trapped, the v13 AFM packet tester has you covered! 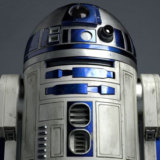 Thanks, Soda Cup! Initially I thought you were adding a spam comment, but I noticed the content was not visible. Working with the platform team to identify the root cause, we've seen this on a few other articles as well.

Hello, we are running v13 o BigIp but i dont see the packet tracing funcionality in the menu. We have to make some procedure to enable the service?

I am sorry, my mistake. I was searching the option in Security tree and it was in Network tree. 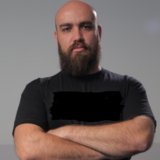 what specific version of 13.1 are you on?

I was looking for, because the position of Packet Tester change from 13.0 to 13.1. Now the solution is allocated in Security > Debug > Packet Tester

ok, looks like I need to update the article to reflect the move. Thanks for the feedback.

Just a note on using it on the command line. Testing with BIG-IP v14.0.0, you need to specify the vlan using the full name format (external/internal alone wont work) .Like this ... src-vlan /Common/external detail ... otherwise yes the packet trace will run, but it wont show you anything, it won't pick up whats configured on the system. The detail options adds more detail as well.

So you see for example ....RD0 contains an AFM policy with a rule with a redirect action inside it