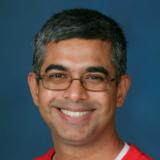 Emerging technologies move at a rapid pace. Momentum created through partnerships between researchers, vendors, experts, practitioners, and adopters is vital to the success of emerging technologies. Such technological advances have a curve of adoption that eventually becomes appealing to the masses. However, exactly at such a time, there is a need to explain things in a simple manner. It is vitally important to begin explaining the technological vocabulary that is used for discussion and development within a community of collaborators, which enables self- teaching and self-learning. As a result, those beginning to look at these emerging areas do not get lost and miss out on the massive transformation. OpenStack is going through such a phase.

This article is our attempt to provide a simple introduction to OpenStack, leaving the reader with resources to follow up and begin the education. Our objective is to briefly cover the history of OpenStack and help the reader acquire the vocabulary for the language OpenStack Community often speaks.

In terms of expected audience, this article assumes you are part of an IT organization or a software development organization, and deploy software that is developed by you and/or provided by others (commercial vendor or open source). This article also assumes you have heard about and have some familiarity with cloud software platforms like Amazon Web Services (AWS), server virtualization technologies, and aware of the benefits they provide.

This article should help you achieve the following goals:
- Begin to understand what OpenStack is about
- Manage an introductory conversation within your company, getting others in your team or other departments interested in OpenStack
- Establish credibility within your organization that you are familiar with OpenStack, and you or your team can begin to dive deep


Introduction
OpenStack (http://www.openstack.org) is a software platform that enables any organization to transform their IT Data Center into programmable infrastructure. OpenStack is primarily a services provisioning layer accessible via REST (http://en.wikipedia.org/wiki/REST) based Application Programming Interfaces (APIs - http://en.wikipedia.org/wiki/Application_programming_interface).

A customer can use OpenStack for their in-house Data Center, while also using a Public Cloud like AWS for other needs. It all depends on the business needs and the technology choices a customer will make. Generally, the most significant motivation to deploy OpenStack in-house is to get AWS-like behavior within their own Data Center, wherein a Developer or an IT person can dynamically provision any infrastructure service - E.g. spin up a server with a virtual machine running Linux, create a new network subnet with a specific VLAN, create a load balancer with a virtual IP address etc. - without having to cut a IT Ticket and wait for someone else to perform those operations. The main business goal is self-service provisioning of infrastructure services, which requires a programmatic interface in front of the infrastructure.

OpenStack started within Rackspace, and in collaboration with NASA, the project was launched as an open source initiative. The project is now managed by the OpenStack Foundation with many entities on the Foundation's Board. The OpenStack project development is 100% community driven with no single vendor or organization influencing the decisions and the roadmap. All OpenStack software is developed using Python and is available under a non-commercial software license. Any customer can download the Community Edition of OpenStack and run it on a Linux platform. Vendors including Canonical, Red Hat, HP, IBM, Cisco, Mirantis, MetaCloud, Persistent Systems, and many others take the OpenStack Community Edition and test it for other Linux variants and also make it available as a Vendor Edition of OpenStack. Some of these vendors also add their deployment software (E.g. Mirantis FUEL, Canonical JUJU etc.) to make OpenStack installations easy, and provide systems integration and consulting services. Customers have a choice to use the Community or the Vendor edition of OpenStack along with additional consulting and support services.

F5 joined the OpenStack Foundation as a Silver level sponsor in October 2013. F5 has been engaging with the community since early 2012 and decided to commit to developing OpenStack integrations in early 2014. In subsequent articles we will explain our integrations in detail.

OpenStack Releases
The OpenStack software platform is released twice a year, under a 6 month long development cycle. The most recent release was called HAVANA, launched in November 2013. The upcoming release in May 2014 is called ICEHOUSE. Notable recent releases were: GRIZZLY, FOLSOM, ESSEX

F5 has committed to developing its integration for the HAVANA release and will update its support for future releases.

The list given below represents the OpenStack project names and the service areas they generally align with. You will also see some related AWS service names in parenthesis below, provided for comparison and education purposes only. Not all of the OpenStack services map directly to their AWS counterparts. In some cases the APIs are similar in concept, while in other cases they are different even when solving a similar problem (E.g. AWS Elastic Load Balancing service APIs and OpenStack Load Balancer As a Service APIs are significantly different).

As a customer, when you ask your networking vendor about their integration with Neutron, you are asking for their integration with the Network provisioning services of OpenStack. You might also ask a vendor about their support for Nova. That could mean asking if their software can be installed on a VM running in the Compute layer of OpenStack. All these services, such as Neutron and Nova, are programmable via REST APIs. Your goal is to complement (or replace) point-and-click manual provisioning with automated API-driven provisioning of infrastructure services. By asking your infrastructure vendors for their OpenStack support, you are seeking confirmation on whether their technologies are available to be programmed over a OpenStack REST API, depending on the service, and in some cases can their software run in a VM (e.g. KVM instance) provisioned using the OpenStack Nova API.

For most of these services, the OpenStack platform supports a Plug-In and Driver architecture. This allows the vendors to support their own technology within the OpenStack platform. For example, the OpenStack community distribution supports creating a L2 switch-based network using the Apache Open vSwitch software. However, using the Plug-In and Driver architecture, commercial vendors like Cisco have created support for their commercial switching products. As a result of this, a Cisco customer can now use OpenStack Neutron L2/L3 Plug-in to provision a new subnet into a Cisco switch that they already had installed in their network - thus making their Cisco networking layer programmable via a standard vendor-neutral REST API. Each vendor can decide the level of interoperability they want to provide between the capabilities they natively support and the capability that OpenStack allows to be programmed through it's APIs. The vendor can add extensions to the Plug-ins to expose additional functionality that is not yet part of the OpenStack community ratified API specification. Depending on how the community progresses in its development from release to release, some of these extensions could become part of the standard specifications, at which point they would become the official OpenStack APIs.

In terms of F5's integration with OpenStack, the most important service is Neutron. The community has defined APIs for various network services, including Load Balancer As A Service (LBAAS). Additionally, the Neutron layer also provides default functionality to support services like DHCP and DNS.

F5 has committed to developing LBAAS Plug-ins for the OpenStack HAVANA release. When the Plug-ins are deployed with an OpenStack distribution, a customer will be able to create a load balancer instance on a HW or VE BIG-IP and provision the following elements: VIP, Server Pool, Health Monitor, Load Balancing Method. A follow-up blog post will provide details of this integration. F5 BIG-IP and BIG-IQ provide much more functionality than what OpenStack LBAAS allows to be provisioned. F5 will choose to deliver additional capabilities as Plug-In extensions when requested by our customers.

Conclusion
OpenStack is a rapidly emerging software platform, which is increasingly becoming stable release after release. As a result, we expect F5 customers to consider it for making their Data Center infrastructure programmable via REST APIs. Benefits of OpenStack include the open source nature supporting community development, with an increasing vendor-supported eco-system. F5 is committed to stay involved within the OpenStack community and will commit to launching integrations and solutions based on customer needs, as they look to integrate F5’s BIG-IP and BIG-IQ services into their OpenStack environments. You can visit F5's alliances page to learn about our OpenStack support. 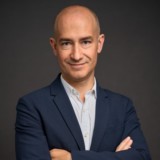 F5 Employee
Could be nice to update this post with the latest from Openstack like release names, how the F5 LBaaS plugin
0 Kudos

FIFA 18 Hack Although today is released for sale FIFA 18 , whose analysis you can read in this link, a scandal of Manolo Lama during an event to promote EA's video game would have uncovered that the company also works in a game related to the 2018 World Cup in Russia . During the live show you can see how, before the FIFA 18 Coin Generator question of whether there will be a FIFA match related to the World Cup, Manolo Lama himself says he will record voices by December and the game goes on sale in February or March (from minute of the video) . Astuce FIFA 18