One of the most difficult transitions for operations to make is the need to support releases more frequently. While most organizations will never match the velocity of a Facebook or Netflix, there is still a desire to eliminate the "reduced speed zone" most applications run into when trying to move into production.

The reason for the reduced speed zone is the potential for downtime, not only for the application (version) being released but for other applications and services dependent on the same infrastructure. Misconfiguration is, after all, the leading cause of downtime in data centers across the globe.

Thus, operations has good reason to be wary. And yet reducing the speed at which an application actually moves into production is exactly the opposite direction application development - and the business - want to go. They want to go faster, to be more agile, to release incrementally. Because application development rules today follow Newton's First Law of Motion: an object at rest stays at rest and an object in motion stays in motion with the same speed and in the same direction unless acted upon by an unbalanced force.

Operations does not want to be that unbalanced force that stops the object.

Today, the complexity of infrastructure in production environments - the network, the application infrastructure, the point solutions, the services - impedes continuous deployment efforts by failing to meet devops need to not just automate, but implement the patterns and emerging architectures that keep deployments moving in the same direction and with the same speed as they are released by developers.

These patterns depend on agility that is achieved primarily through programmability. Whether it's to implement blue-green deployments, a/b testing, versioning patterns or canary deployments - devops is in need of a devops platform, if you will, that will provide the programmability necessary to implement the deployment patterns that enable continuous delivery. A platform that eliminates the unbalanced force that has traditionally slowed down the release cycle, frustrating users and the business alike.

More than anything else, that platform needs to exist.

Nimbostratus
In my opinion, deployment speed is not the competition in the current market. It is how fast you can test your changes and be confident on the changes you make that makes the difference. If your applications are architected correctly then deployment is most often the least of your worry. 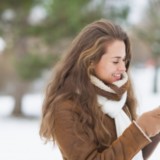 Januar Wayong, why do you think so? And the platform that eliminates the unbalanced force that has traditionally slowed down the release cycle, frustrating users and the business like it's really interesting. Our opp term papers can help you understand more.