Long ago, when the web was young, we (as in the industry) figured out how to multiplex TCP (and later HTTP which we now call message steering) in order to dramatically improve application performance while simultaneously reducing load on servers. Yes, you could more with less. It was all pretty exciting stuff.

Now, at long last, we're seeing the inverse come to life on the client side in the form of Multipath TCP (MPTCP) or, if you prefer a  more technically sounding term to confuse your friends and family: inverse multiplexing.

While the geeks among us (you know who you are) have always known how to use both the wired and wireless interfaces on our clients, it's never been something that had real advantages when it comes to web performance. There was no standard way of using both connections at the same time and really, there was very little advantage. Seriously,if you're wired up to at least a 100Mbps full duplex LAN do you really need a half-duplex wireless connection to improve your performance?

But in the case of mobile devices, the answer is a resounding yes - yes I do. Because 2 halves make a whole, right?

Okay, maybe not, but it's certainly a whole lot closer.

THE MAGIC of MULTIPLEXING

Most mobile devices enable you to connect over both wireless radio (mobile) network and a wireless LAN network. Most of the time you're probably using both at the same time without conscious thought. It just does what it does, as long as it's configured and connected.

What it doesn't do, however, is enable an application to use both connections at the same time to connect up to an application. Your application can often use either one, but it is limited to using just one at a time.

Unless you're using an MPTCP-enabled device.

TCP is built on the notion of a single connection between 2 hosts. MPTCP discards that notion and enables a device to seamlessly switch between and/or simultaneously send a TCP connection over multiple interfaces.

Basically, MPTCP splits up a TCP connection into subflows, and is able to (based on the device) dynamically route messages across either of those subflows. This is, you're thinking, perfect for HTTP exchanges which often require a significant number of "sub-requests" for a client to retrieve all the objects required for an given web page/application.

Exactly. You're sending (and one hopes receiving) data twice as fast. Which on a mobile device is likely to be very noticeable.

The problem is (and you knew there was one, didn't you?) that both the client and the host need to "speak" MPTCP to realize its potential benefits with respect to application performance. There aren't a whole lot of implementations at the moment, though one of those being iOS7 is certain impetus for hosts (the server side of all those apps) to get refitted for MPTCP.

Like SPDY before it (and there's an interesting scenario - running MPTCP over SPDY) these kinds of protocol enhancements require support on both the client and the server and generally speaking, while organizations want to be able to leverage the improvements in performance (or efficiency or security) they can't justify a forklift upgrade and the ensuing disruption to get there.

Further complicating potential adoption is limited support. Though Apple certainly holds a significant share of the mobile market, it's not the only player and MPTCP is only supported by iOS7 - an upgrade that hasn't been exactly cheered as the greatest thing since sliced bread by the market in general.

Whether MPTCP will gain momentum as iOS7 continues to roll out and other players adopt (and that is not necessarily a given) will be determined not only by application developers desiring (or perhaps demanding) support but by whether or not organizations are able to rapidly roll out support on their end without completely replacing their entire infrastructure.

A very good (and fairly technical) article on MPTCP and IOS7 from ArsTechnica. And of course your day wouldn't be complete unless I pointed out the MPTCP RFC.

Historic F5 Account
Awesome article Lori. As part of the development process for the feature, we scheduled a threat model assessment of MPTCP and we were delighted to find that the architects of the protocol had laid out their own threat analysis in an IETF extension. Very cool of them to do so! Wish every protocol designer did this!Just google "MPTCP threat analysis" for the URL!
0 Kudos 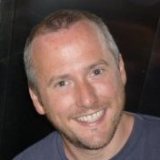 Nimbostratus
Very cool article! There are services becoming available such as multipathnetworks.com which allow users to leverage the advantages of MPTCP before it is fully deployed by sending traffic through MPTCP aware servers in the cloud. The router and the server negotiate the MPTCP connetion meaning the client and web server do not need to speak MPTCP, no changes on servers or clients, but you still get all the benefits of a MPTCP connection!
0 Kudos

Cirrostratus
Thanks for the article! Support for MPTCP feature on F5 products is under development, right?
0 Kudos
Version history
Last update:
‎16-Dec-2013 04:30
Updated by:
Lori_MacVittie