Community MVP hwidjaja dropped a bomb-sized nugget of wisdom in the forums last week that I would be remiss if I didn’t write up and share with the greater community at large.  Zenoss has a WMI executable for linux called wmic, which allows you to query via wmi a windows box.  So in the case for Terminal Services, you can use this tool to check if the TermService service is running, and mark the server up/down appropriately.  Because and external executable with be utilized to do this, and external monitor will be necessary.  Below, I’ll walk you through the steps.

Note: Putting an non-F5 executable on an LTM may negate F5's ability to support the unit, and might require the non-native executables to be removed before assisting in troubleshooting efforts.

The wmic executable isn’t native on LTM, so it is necessary to build it.  I downloaded the centOS 6.4 liveCD to build a virtual machine for the wmic build.  Note that you need to use the CentOS version appropriate for your version of BIG-IP. After the vm is finalized, I installed gcc and autoconf with yum and then I followed the steps here:

Once the build was complete, I switched over to my desktop to pull down the executuble, then transferred it to the LTM:

Next, I moved to the LTM and remounted the /usr file system to read-write so I could dump the executable in /usr/local/bin/:

Note: You’ll need to check your /etc/fstab for the appropriate location of the /usr file system, it varies.

Now that I had the executable in place, I tested it from the command line (variables need for script in bold italics):

This resulted in the following output:

After a successful query via wmi to check the service and the string that shows it’s running (TermService|Running), I created a script (/usr/share/monitors/rdpcheck) for the external monitor to reference:

$1 and $2 are IP and Port with external monitors, and arguments are $3 and beyond.  So in this case, I needed to supply domain, username, & password.  At the command line, this looked like this:

This tech tip was specifically to show support for the terminal service, but wmic could be used for any other windows service as well, or could be used to ensure a bundle of services are running before considering a server is up.  Standard disclaimers apply, adding things to the file system can cause unexpected results, so test thoroughly.  Also, make sure to back things up as the wmic executable won't survive hotfixes and upgrades. Thanks again to hwidjaja for the excellent resource.

Nimbostratus
There is another program that could make monitoring easy as well without WMI enabled on servers for any reason.http://sourceforge.net/projects/winexe/Anyway, check just two important issues...- F5 support doesn't like external binaries on our boxes.- be aware about the cpu load when monitoring with heavy binaries and many servers if your RDP farm has many members.
0 Kudos

Community Manager
All good points, and I'll take a look at winexe, perhaps another writeup is in my future!
0 Kudos

Nimbostratus
Jason,Is there somewhere the compiled binary for wmic can be acquired?
0 Kudos 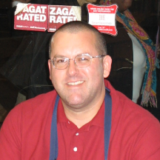 Cirrostratus
Ths is great! You should change the title to "Monitor Any Windows Service from Big IP". Been wanting something like this for a long time.....
0 Kudos 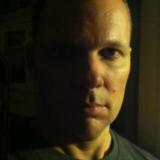 Nimbostratus
Good Day. I like the idea of using this complied program (wmic) to pull windows services to validate the health of a pool member. I have followed the instructions to a T and am able to call the script from the command line and pull the service status properly. However, when I create the monitor and apply it to a pool member, the script will not run, and what I mean is the 'basename0.IP_PORT.PID' is not create and therefore will not run. It's like the IP=$1 and PORT=$2 will not populate from the pool member to create the process.Now if I hard code the IP and Port in the script and then call it from the monitor the script will work and create a pid and pull the server. I also use Route domains and not sure if that is causing an issue.Any help on this would be awesome!!
0 Kudos

Community Manager
Have you tried on route domain zero?
0 Kudos

Nimbostratus
Ok I have tried it via route domain zero and the PID started like we want it to!! Hmm, I have route domains to seperate our Internal network from our Internal DMZ and keep the F5 partition route tables from seeing all the internal addressing. So I might be stuck with route domains. Has anyone found a way to make it work in multiple route domains? I'd think there would be an option to strip the %1 off the end of the IP address.
0 Kudos

Cirrostratus
Hi Jason,Can you move the pidfile removal to before the echoing of anything to stdout? The script is killed as soon as anything is sent to stdout.Thanks, Aaron
0 Kudos

Jason hope you might see this. I run the following command and get this. Any ideas?

Make sure to grab the right CentOS version for your BIG-IP. The updated steps assuming CentOS 6.4 and the zenoss wmi pack source availability are:

Hi Jason, May I know if the above solution can be used to monitor MS Exch 2016 services on the server itself? I am exploring this option now as the current health monitor generated by iApp is not accurate enough to query the MS Exch services status on the servers. Another point from above is how will it survive after we upgrade the LTM to future versions? Does it need modification as well? How far will F5 support if we add this to our F5 box?

Hope you can help point me in the right direction.

Thanks you. David Saw

HI David, if those services can be monitored via wmi, then this has potential to be helpful. However, know that you will need to replace the wmic executable on the upgraded system, and if the centos kernel version changed, you'd likely need to recompile on a compatible system as well. Finally, the wmic executable would not be a supported configuration, so any F5 support around that setup would likely require reverting to a supported configuration. For some customers, advanced extended options are worth the tradeoffs, but that's a business decision. If you choose to pursue something like this, I'd make sure you have acceptable backout procedures so there is no delay in support services.