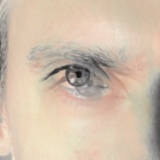 Since you already know how SYN Cookie works now it is time to start configuring BIG-IP devices. In this article I explain how to configure BIG-IP LTM devices for protecting against TCP SYN flood attack at different contexts.

In this section I will explain how to configure SYN Cookie for each context.

At this context we protect BIG-IP itself, so the idea is defining how many embryonic connections are allowed to be handled by BIG-IP TCP stack, regardless virtual server destination. This means that SYN Cache counter will increase for each embryonic connection that device is handling globally.

Since TMM is the core of the BIG-IP, the element that manipulate traffic, it makes sense to protect each TMM specifically. This is why SYN Cache at global context is defined per TMM. So for example, configuring a value of 1000 in a 4 TMM device means that the Big-IP will potentially (if connections are evenly balanced among TMMs) handle 4000 embryonic connections before activating SYN Cookie.

SYN cookie will take into account all TCP SYN packets sent to any listener exposed, this includes also selfIPs and virtual servers, but note that it MUST be enabled in the protocol profile applied to virtual server (which is in fact the default value) in order to Global SYN cookie take the specific virtual server into account when counting embryonic connections. Configuration example for a device with one virtual server using a tcp profile:

The threshold is defined per TMM as in device context . This is only available for SYN Cookie hardware offloading platforms. See related AskF5 article for more details.

With this feature you can protect a group of virtual servers listening in the same VLAN. Reasons why you would want to do this can vary, from architecture perspective you could have a dedicated VLAN serving applications on old servers and therefore expecting lower number of connections for example. Or you could want to configure SYN Cookie in a more granular way instead configuring a global value for whole device.

In older versions also there could be a risk of collisions when multiple virtual servers were under attack at the same time, so using this method instead SYN Cookie per virtual could help in these cases.

If SYN Cookie is enabled at Global context the SYN Cookie Per-VLAN is disabled because Device protection is ON at all-VLAN basis and it would interfere with Per VLAN SYN cookie.

In this case the threshold is defined globally. This means that the value is defined for all TMMs, unlike SYN Cookie at Device/VLAN context. If you want to know how many embryonic connections will be handled by each TMM prior the TMM activates SYN Cookie then you must divide configured threshold among the number of existing TMMs.

Note that in protocol profile you could still have see twp options in TMSH that are deprecated from version 13 and have no effect anymore. They will be removed in a future release:

As you can see in table above, as part of DSR configuration you can decide the device that will send the RST to the TCP connection:

Sometimes it could be better choosing ‘client’ since some applications do not like Big-IP sending the reset. In order to get this, Big-IP sends the SYN Cookie in the ACK instead than in the sequence number, in this way client will RST the connection for this specific ACK, so when Big-IP gets the RST knows about the referred connection and it adds it into DSR whitelist.

SYN Cookie can work in two different modes at this context. Example for tcp protocol profile:

In case you have wildcard virtual servers and you want to protect them with SYN Cookie at virtual server context, then you will have to configure Software SYN Cookie unless you have a Neuron capable platform. I will give more details about this in next articles.

In TMOS versions higher than v12 we have the below default values:

Three comments related to above values.

But note that there are also a couple of things to take into account when upgrading from v12.x currently:

This behaviour it is being improved for new versions, so threshold will be kept regardless its original value, as I have commented.

You know how to configure SYN Cookie in LTM module based system, in next article I will explain differences between LTM and AFM SYN Cookie, so you will be aware of the limitations of each one and have a global perspective of the feature.

Hi  Javier Velasco and thank you!

I have a question, from this documentation https://support.f5.com/csp/article/K14779

you can't set the pvasyncookies.virtual.maxsyncache to anything greater than 4093.

set it to. Could you please clarify this abit for me?

It seems that article you pointed out should be updated. It is partially correct, in v12 default value for this DB Key was 2999 originally, but for last v12 versions this changed to 16k. I paste below an example for you from a v12.1.6 device: