In this episode of Lightboard Lessons, Jason details how BIG-IP’s Traffic Management Microkernel (TMM) utilizes Intel’s Hyper-Threading Technology (on applicable platforms) and the impacts depending on the version of TMOS. In versions before 11.5, each hyper-thread has a separate TMM running. In versions 11.5 and later, TMM and control plane tasks are assigned to separate hyper-threads by default, a behavior we call HTSplit. This behavior is controlled by the scheduler.splitplanes.ltm database key.

Note: This video is a result of a great question by community member Aditya. You can read about the background here.

Great Video! Finally a topic regarding HT on lightboard! (can't wait to share this out 🙂 )

I had a question though, so after 11.5, if even cores exceed 80% and let's say the load to CPU is still increasing, how bigip will allocate load? Will it first use tmm0 until it reaches 100% and then to tmm1 to use that 80%? Or will bigip distribute the load to tmm1 once tmm0 exceed 80%?

I second zack opinion - great video. Now CPU/HT/TMM is plain and simple :-) Thanks a lot for extending your explanations from from our Answer section to this video.

I am as well interested to know answer to zack's question.

Great video. Explains visually on what we were discussing on Relation between CPU , core and TMM

Also I can see the Idle enforcer:

Great video. Explains visually on what we were discussing on Relation between CPU , core and TMM

Also I can see the Idle enforcer:

Great question Zack. The disaggregator (or DAG as we call it, also referenced as the cmp hash) distributes load to all TMMs as requests come in by vlan (configurable in vlan advanced settings 11.3+, see notes in K14358 linked above on CMP), rather than fill one bucket and move to the next. So you should see all TMMs grow together. If you have the default cmp hash and an application that has same src/dst ports (like ntp), that can overwhelm a single TMM if traffic is heavy for that application as all the traffic will be hashed to the same TMM. 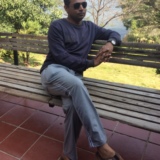 I wonder how info in the thread that was trigger for this lesson relates to vCMP and i5800.

I tried the same command on both vHost (i5800) and 2 vCPU vGuest - on both there was no output. When using just:

Another are I am really lost. Performance statistics.

Let's assume i5800 is used for vCMP. It's 1 x quad core HT procesor. As far as I am not completely lost it means:

Part I don't get is all statistic info available on BIG-IP. Let's start with vHost on i5800

I assume it's the same value as reported by:

Is Statistics ›› Performance > System > CPU Utilization with one line labeled Utilization GUI counterpart for commands above?

Then in Statistics ›› Performance > System > CPU Utilization: View Detailed Graph, there are two graphs each for four CPU - 0-3 and 4-7 - so it's reporting virtual core - right?

For HTSplit enabled system is that safe to assume that stats for even numbered CPU are in fact CPU utilization caused by TMM threads - so CPU 0, 2, 4, 6 is TMM utilization for conditions under 80%?

Are there any tools (GUI or CLI) that are providing exact CPU utilization (virtual core utilization) per TMM thread?

Last but not least what exactly is reported by Dashboard CPU section? What is CPU here:

If this is virtual core reported here is there some difference for a way it's reported fot vCMP than for non vCMP systems? Like there could be much higher usage reported for busiest CPU?

What can be cause for big difference between busiest CPU and least busy? Assuming that statistically DAG distributes connections in equal share between TMM threads then big difference should rarely happen - or I am wrong?

that's a lot to digest! Let me dig in and I'll get back to you.

Sorry, for that, my bad I am really curious creature :-), take your time, I really appreciate time and effort required to answer such questions. 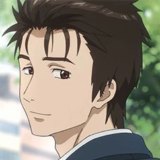 HTSplit and vCMP - is same rule about even and odd virtual cores apply to vCMP guest? What when we have 1 vCPU vGuest?

ASM - according to KB ASM is using highest numbered core for part of control plane tasks. Same rule about halting 80% of odd core still applies here - so ASM control plane processes will be throttled to 20% if even core is loaded over 80%?

Is ASM really limited for those selected control plane task to one and only one core? I've seen configs where highest numbered core was almost constantly loaded 90-100% - I assume mainly by ASM control plane, if only one core can be dedicated to ASM what is an option in such case?

Does this cause packet drops, when we see those logs on /var/log/kern? I can see it our box, when we do load tests on certain VIPs and these logs start growing. And the application see timeouts from the VIP

you should not see drops from issues related to this message, it's just enforcing the throttle to make sure TMM is handling the load ok.