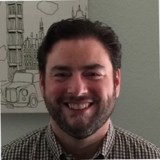 BIG-IP instances launched on Google Cloud Platform usually need access to the internet to retrieve extensions, install DO and AS3 declarations, and get to any other run-time assets pulled from public URLs during boot. This allows decoupling of BIG-IP releases from the library and extensions that enhance GCP deployments, and is generally a good thing.

What if the BIG-IP doesn't have access to the Internet?

Best practices for Google Cloud recommend that VMs are deployed with the minimal set of access requirements. For some that means that egress to the internet is restricted too:

If you have a private artifact repository available in the VPC, supporting libraries and onboarding resources could be added to there and retrieved during initialization as needed, or you could also create customized BIG-IP images that have the supporting libraries pre-installed (see BIG-IP image generator for details). Both those methods solve the problem of installing run-time components without internet access, but Cloud Failover Extension, AS3 Service Discovery, and Telemetry Streaming must be able to make calls to GCP APIs, but GCP APIs are presented as endpoints on the public internet.

For example, Cloud Failover Extension will not function correctly out of the box when the BIG-IP instances are not able to reach the internet directly or via a NAT because the extension must have access to Storage APIs for shared-state persistence, and to Compute APIs to updates to network resources. If the BIG-IP is deployed without functioning routes to the internet, CFE cannot function as expected.

Given that constraint, how can we make CFE work in truly isolated VPCs where internet access is prohibited?

Enabling Private Google Access on each VPC subnet that may need to access Google Cloud APIs changes the underlying SDN so that the CIDRs for restricted.googleapis.com (or private.googleapis.com†) will be routed without going through the internet. When combined with a private DNS zone which shadows all googleapis.com lookups to use the chosen protected endpoint range, the VPC networks effectively have access for all GCP APIs. The steps to do so are simple:

With this configuration in place, any VMs that are attached to the VPC networks that are associated with this private DNS zone will automatically try to use 199.36.153.4/30 endpoints for all GCP API calls without code changes, and the custom route will allow Private Google Access to function correctly.

While you can perform the steps to enable private API access manually, it is always better to have a repeatable and reusable approach that can be automated as part of your infrastructure provisioning. My tool of choice for infrastructure automation is Hashicorp's Terraform, and Google's Cloud Foundation Toolkit, a set of Terraform modules that can create and configure GCP resources. By combining Google's modules with my own BIG-IP modules, we can build a repeatable solution for isolated VPC deployments; just change the variable definitions to deploy to development, testing/QA, and production.

A fully-functional example that builds out the infrastructure shown in figure 2 can be found in my GitHub repo f5-google-bigip-isolated-vpcs. When executed, Terraform will create three network VPCs that lack the default-internet egress route, but have a custom route defined to allow traffic to restricted.googleapis.com CIDR. A Cloud DNS private zone will be created to override wildcard googleapis.com lookups with restricted.googleapis.com, and the private zone will be enabled on all three VPC networks. A pair of BIG-IPs are instantiated with CFE enabled and configured to use a dedicated CFE bucket for state management.

GCP supports two protected endpoint options; private and restricted. Both allow access to GCP API endpoints without traversing the public internet, but restricted is integrated with VPC Service Controls. If you need access to a GCP API that is unsupported by VPC Service Controls, you can choose private access and change steps 2 and 3 above to use private.googleapis.com and 199.36.153.8/30 instead.

My colleague Gert Wolfis has written a similar article that focuses on using GDM templates for BIG-IP deployment. You can find his article at https://devcentral.f5.com/s/articles/Deploy-BIG-IP-on-GCP-with-GDM-without-Internet-access.