How Attacks Evolve From Bots to Fraud - Part 2 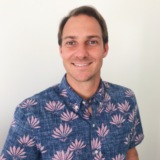 In our previous article we discussed how an attackers sophistication evolves in order to bypass anti-automation countermeasures and achieve their actions on the target. In this article and video we walk through some specific automated attack tools and test them against a real endpoint protected by F5 Bot Defense to get a real look at this scenario.

When it comes to an attacker being successful with their automation toolkit, it heavily depends on the Anti-Automation solution that is protecteing the web property they are attacking and the sophistication of the attacker. In order to bypass any countermeasures the attacker must make the attack look as human as possible.

CURL is a tool that almost everyone uses these days to transfer data from or to a server, using one of the supported protocols (DICT, FILE, FTP, FTPS, GOPHER, HTTP, HTTPS, IMAP, IMAPS, LDAP, LDAPS,
POP3, POP3S, RTMP, RTSP, SCP, SFTP, SMB, SMBS, SMTP, SMTPS, TELNET and TFTP). The
command is designed to work without user interaction so of course it lends itself well to automation both good and bad.

OpenBullet 2 is a cross platform automation suite powered by .NET core. It allows users to perform requests towards a target webapp and offers a lot of tools to work with the results. This software can be used for scraping and parsing data, automated pentesting and much more. This tool can also be used maliciously by attackers for Credential Stuffing and other automated web threats. It allows the user to import proxy lists, build automated attack configurations, leverage third party CAPTCHA solvers, and much more.

Selenium is an umbrella project for a range of tools and libraries that enable and support the automation of web browsers. Selenium supports automation of all the major browsers in the market through the use of WebDriver. WebDriver is an API and protocol that defines a language-neutral interface for controlling the behaviour of web browsers.

With this ability to automate Web Browsers through the use of scripting can also lend itself to enabling an attacker to attempt to bypass many anti-automation solutions for a variety of different attacks. OWASP has defined a list of many of the different Automated Threats here...

Hope you guys enjoyed this Overview and Demo. If there are any comments or questions please feel free to reach us in the comments section. Thanks!