I just spent the last two days writing “business-friendly” copy about Heartbleed. I think the result was pretty good and hey, it even got on the front page of f5.com so I guess I got that going for me. Then I wrote up some media stuff and sales stuff and blah, blah blah.

But what I really wanted was to do talk tech. So let’s go!

The Heartbleed vulnerability only affects systems derived from, or using, the OpenSSL library. I have experience with the OpenSSL library. As one of F5’s SSL developers I spent a lot of time with OpenSSL before we basically abandoned it in our data plane path. Here are some examples of what’s wrong with OpenSSL from someone who spent hundreds of hours mired in its gore.

Those are just three off the top of my head. The real meta-issue for OpenSSL is this:

There is no real, commercial organization has any stake in maintaining the OpenSSL library.

Other open source code bases typically have some very close commercial firm that has a significant interest in maintaining and improving the library.

OpenSSL has nobody. The premier security firm, RSA, long ago forked off their own copy of the library (even hiring away its original development team) and thus they don’t put changes back upstream for OpenSSL. Why would they? Maybe you could say that OpenSSL has Adam Langley (from Google) on its side, so at least it’s got that going for it.

In Dan Kaminsky’s analysis about the aftermath of Heartbleed, he says that Professor Matthew Green of Johns Hopkins University makes a great point: OpenSSL should be considered Critical Infrastructure. Therefore, it should be receiving critical infrastructure funding, which could enable code audits, static code analysis, fuzz-testing, and all the other processes and improvements it deserves. I agree: in spite of all its flaws, OpenSSL has become the most significant cryptographic library in the history of computing.

Speaking of Kaminsky, if you are looking for the last time there was a vulnerability of this severity, you’d probably have to go back to CVE-2008-1447 - the DNS Cache Poisoning Issue (aka the "Kaminsky bug"). I wonder if he wishes he’d made a logo for it.

Is it worth trying to detect Heartbleed moving forward? Heartbleed is so severe that there’s a possibility that nearly all vulnerable systems will get patched quickly and we’ll stop talking about it except in a historical sense. But until that happens, it is worthwhile to detect both vulnerable servers and Heartbleed probes.

There’s been some debate about whether probing for Heartbleed is legal, since a successful probe will return up to 64K of server memory (and therefore qualifies as a hack). Regardless of the legality, there’s a Metasploit module for Heartbleed. For your browsers there’s also a Google Chrome extension and a Mozilla Firefox extension. In fact, here’s a whole list of Heartbleed testing tools.

I used the nmap engine script to scan my home network from an Ubuntu 13.04 client desktop. The script requires a relatively recent version (6.25) of nmap so I had to upgrade. Is it me or is it always more of a pain to upgrade on Ubuntu than it should be?

On my home network I found one vulnerable server which I knew about and one which I didn’t!

Scanning your network (home or otherwise) should hopefully be just as easy.

I love nmap, so cool.

You probably don’t need an iRule. If you are using BIG-IP in front of HTTP servers, your applications are already protected because the native SSL code path for all versions isn’t vulnerable. Over 90% of the HTTPS applications fronted by BIG-IP are protected by its SSL code.

However, there may be reasons that you might have BIG-IP doing simply layer 4 load balancing to a pool of HTTPS servers.

If any of these cases apply to your organization, we have an iRule to help.

While I was busy writing all the copy for Heartbleed, my long-time colleague and friend Jeff Costlow was on a team of heroes developing a se tof iRules to counter Heartbleed.

Here’s the iRule to reject client connections that attempt to send a TLS heartbeat. No browsers or tools (such as curl) that we know of actually send TLS heartbeats at this time so this should be relatively safe.

And here’s a server-side iRule. It watches for HTTPS heartbeat responses from your server and discards any that look suspicious (over 128 bytes). Use this one if you have a client app that sends heartbeats.

Like I said, you probably don’t need to deploy them. But if you do I suggest making the slight tweaks you need to make them compatible with High-Speed logging.

See the Ask F5 solution for more information on patching.

A colleague of mine recently reminded me that after you get your externally-facing systems patched (and their certificates redeployed) you need to take care of any internal systems that might be affected as well. Why? Let’s say you have an internal server running a recent version of Linux. And it uses a recent version of OpenSSL. Someone inside your organization (anyone) could send it Heartbleed probes and perhaps pick out passwords and browsing history (or bank records) or of course, the private keys in the system itself. It’s a privilege escalation problem.

If you need some less technical collateral to send to up your management chain about why your F5 systems are protecting your application from Heartbleed, here’s a link to that business-friendly copy:

American computer scientist Gerald Weinberg once said, “If builders built buildings the way programmers wrote programs, the first woodpecker to come along would destroy civilization.” Heartbleed is one of those woodpeckers. 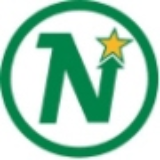